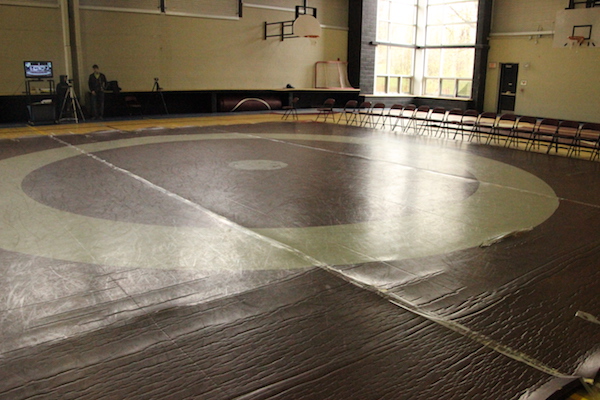 When starting up a program, there are many challenges that you will face.  This goes for an academic, cultural or athletic program and whether it’s at a community centre or at a highschool.  For the sake of tapping into my own experiences, I’ll go with setting up a highschool wrestling program.

The first thing that I think is most important is that you have to have support.  This means support from the administration, the athletic department and of course the teachers.  Integrating into a school culture can be difficult, especially if there’s no pre-existing base for your wrestling program.  Oftentimes, resistance can be quite high due to the inherent misconceptions and ignorance of people where the sport of wrestling is concerned.  Parents in particular are retiscent of letting their kids wrestle due to the perceived danger associated with the sport.  In an article written by the Bleacher Report, ranking what they perceive to be the most dangerous sports around, Wrestling did not make the list (though Mixed Martial Arts did rank as number 2 on this list, which does have a wrestling component to it).  Finding a definitive answer was hard when ranking sports injuries in comparison with one another, but most sports related sources that I read said that Hockey and Football were infinitely more dangerous than wrestling.  Interestlingly enough, parents have no problems letting their kids participate in either of those sports. 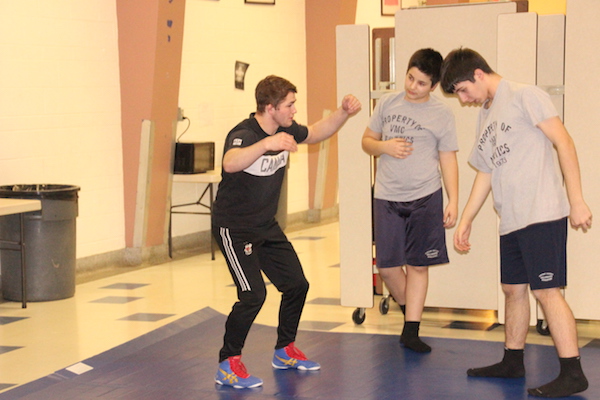 Wrestling: practiced in a safe and supervised manner

The second obstacle that you can face is finding space and equipment.  Depending on the size of the school, you face some real challenges when trying to find a place to train.  Gym time becomes a valuable commodity as teams struggle to get time for their respective teams.  The next problem is a mat.  Wrestling has to be done on a proper mat to minimize the risk of injuries.  No other all purpose mat will suffice.

When looking at the cost of wrestling itself, it is a very inexpensive sport in that all you need are shoes and a singlet.  When compared to the price of hockey equipment, there is no comparison.  Add to that if the athlete hasn’t hit their major growth spurt and a pair of hockey skates can become pretty pricey.  However, the mat is the major obstacle.  Mats are heavy, exspensive and take up a lot of space.  Many highschools don’t want to fork up the initial $15 000 to $22 000 for a mat plus the $2000-$2500 delivery charge as the cost is quite high.  Finding a second hand mat, either as a donation or on loan is usually the only solution.

The mat: the most important piece of equipment for wrestling

The next obstacle that you can face is integrating into the school culture.  Even if you have the support of the staff and administration, getting the students to participate can be a challenge as well.  Some schools have a rich tradition in certain sports and cultural activities and breaking into that culture can be at times challenging.  People like their routine and familiarity and a new sport being introduced when a school might be known for a particular sport can be hard.  Some schools are known for soccer, basketball and hockey and wrestling is almost the complete polar opposite of those sports.  The best way I found to get students interested is to either do a wrestling clinic or to run a couple of the physical education classes, prefferably in the lower grades.  This way, students that may be a little intimidated but are interested can see and participate in the sport without showing up to an actual practice.

Last but not least when starting up a program is being prepared for the lean years at the beginning.  The results and the athletes won’t be there in the initial years and as a coach it can be difficult.  Many coaches want their athletes to perform at their best, and being able to attract the best athletes can be hard at the beginning.  Also, those first crop of athletes have to be psychologically strong in order to also endure those initial lean years.  Let’s face it, nobody likes to keep losing.