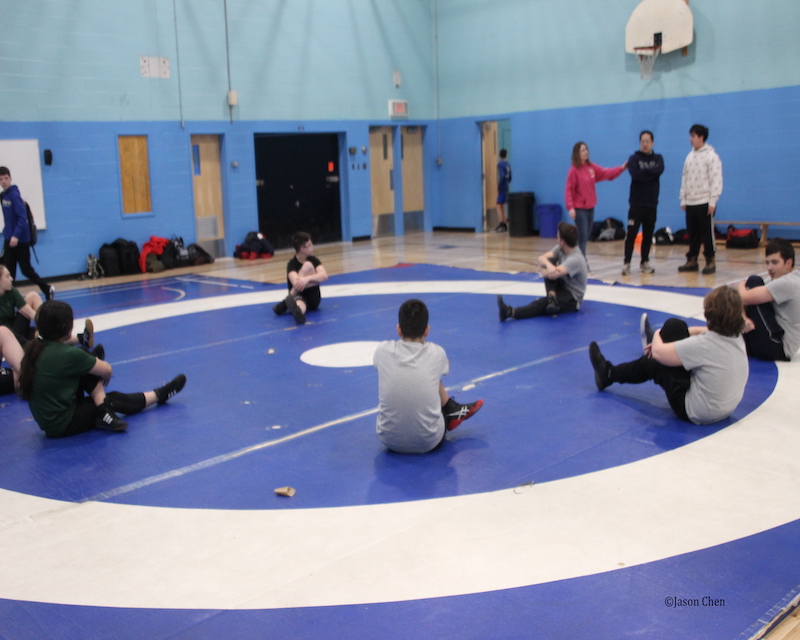 It’s been roughly five days since the high school wrestling season came to a close. The GMAA Wrestling Championships marks the end of the high school varsity season and the end of wrestling for some schools and their programs for the year. For others, practices will still continue as preparation for a variety of tournaments, including the U17-U19 National Championships continue in earnest. With my school team, I continue practicing till the end of the year to basically insure a smoother transition from one year to another.

For the second year, I will not have a school wrestler competing at the U17-U19 Nationals as almost none of my wrestlers have either the skill or the desire to compete beyond the GMAA level. Given the fact that almost all of my wrestlers this year are even too young for the tournament and April should be a quiet month for me.

This doesn’t mean that we have nothing to train for as a series of tournaments for younger age athletes are on the docket. The Festival des Patriotes, the Provincial Championships, the Jeux de Montréal and the Eastern Canadian Championships are the major ones and maybe a new one will pop up as the year progresses. Suffice it to say, we’re going to be busy.

Anyways, getting back to the topic at hand, I’ve had a couple of days to digest what happened at the 2020 GMAA Championships. Going there with a young and very inexperienced team, my expectations were low on the results prospect. I was just hoping that my kids would wrestle well and that they would use the experience to help motivate them to train harder.

The tournament was held at Massey Vanier High School in Cowansville, Quebec, a first for me and the school as Massey Vanier has never been host to the GMAA Championships. The venue itself was well put together, despite having only two mat surfaces. There was a warmup area as well as quiet place for teams to congregate was a welcome addition as a place to just get away from the action to prepare for big matches is hard to come by in high school tournaments. In addition to this, there was throwback to the GMAA Finals of old as a spotlight was present for the Gold Medal matches, thereby increasing the atmosphere.

The warmup area was a rare but welcome addition

The competition was much smaller than in previous years, with numbers below one hundred total wrestlers, a first in many years. Many teams either came with less athletes to the finals or had smaller teams in general. While the overall competition was noticeably weaker, there were still some quality matches at the tournament. Something needs to be done in order to increase participation so that the finals can recapture some of its previous glory.

I’m not ignorant enough to believe that we will ever have the numbers that we had in past years. Speaking to coaches around the country, in the United States and even overseas, numbers are on the decline everywhere as less and less kids want to wrestle. New sports such as Brazilian Jujitsu, as well as the fact that young people are becoming more and more sedentary in our hyper protective society, has caused numbers everywhere to move into a decline and parents to be more reticent to allow their kids to wrestle. With numbers in decline, we also see a drop in the quality as well.

This was evident at the GMAA Finals as the disparity amongst the stronger to weaker wrestlers was quite large. It’s only normal that we have stronger and weaker wrestlers in the GMAA, as this has always been the case. The problem is that our number of average and above average wrestlers is much smaller. In order to have a balanced competition, a good variety of skill sets is important in order to generate a balanced tournament. While there were still some good matches to be seen, the overall quality was still pretty weak. Ironically, there was a balance amongst the wrestlers, but on the weaker side.

From my team, I pretty much fell into this range as most of my wrestlers were a work in progress. Their age and lack of athletic awareness made the job more difficult but, in the end, they either met or exceeded my expectations as I came home with three medals (two of them gold) and two Top 5 finishes. It definitely was an emotional day and for my young team, the positives cannot be understated. 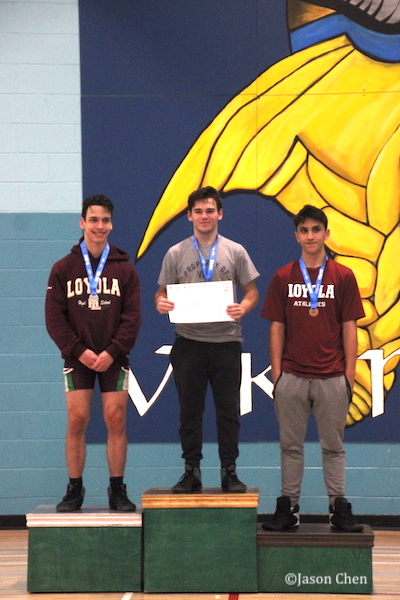 While numbers in the league might go in ebbs and flows, with some years having more wrestlers than others, one thing needs to addressed is that we need to increase participation throughout the league. This all-time low in terms of numbers of wrestling has to be addressed and soon. However, the problem has often been discussed, but not rectified. After all, if it could be easily solved, I think that it would have been done so already. I think that a special thanks has to go out to all the coaches and volunteers that keep their respective programs going despite the odds.

After all, coaching is a thankless job, and coaching wrestling in Canada is just that and more. I doubt many people wake up in the morning and say, “Hey, I want to coach high school wrestling.” Even fewer are willing to go through the coaching certification process necessary to coach outside the GMAA, to bring their teams to the next level. Some might argue that the process of certification may serve as a barrier but it’s something that needs to be done. After all, much like driving, you wouldn’t want someone to drive without a license. In short, while it can be difficult, I think that getting more qualified and certified coaches my be the solution to helping our numbers increase, with even more getting into the school systems.

On a final note, while it was slightly disheartening to see the numbers so low, I think that it was nevertheless a small victory that we still saw a solid competition. The host school performed their duties so well, that it faded into the background due to its smoothness. The top wrestlers at the competition are some of the top wrestlers in the country and that is a fact that cannot be overlooked. More to the point, it’s been a while in which we could say that the GMAA Championships had several National medalists in attendance, so that also can be looked as positive. Finally, from a personal standpoint, a slightly weaker tournament allowed some of my beginner athletes to compete without the fear of injury. More to the point, some of them did quite well. Participation like that is sometimes a victory in itself and in the end, isn’t that why we coach?