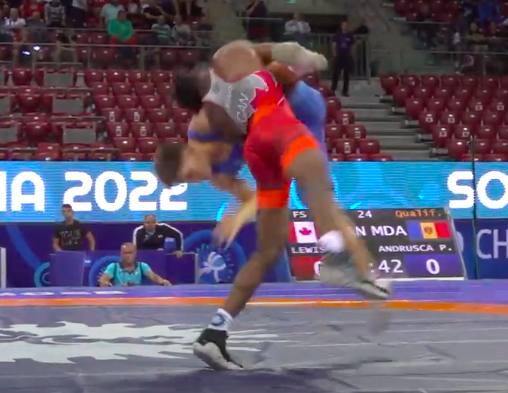 The 2022 U20 World Championships were held in Sofia Bulgaria from August 15-21. Quebec sent two athletes to the competition as Stone Lewis (70 kg) and Connor Church (79 kg) sought to add to their medal count for the current calendar year.

In his first match, Stone Lewis would lose a close match to Pavel Andrusca of Moldova by a score of 9-8. Andrusca would lose his next match to Armenia, denying Stone the chance to advance to the Repechage.

Fresh off his dominant performance at the 2022 Canada Games, Connor Church would face off against a formidable opponent in his first match. Though Connor would lose the match via Superiority (10-0) to Muhammad Abdullaev of Kyrgyzstan, Abdullaev would go on to win the Bronze Medal, making this a very tough match to start the tournament off with.

Though the results may not have been what they wanted, both athletes will learn from this experience at their first World Championships and come back better for the experience.