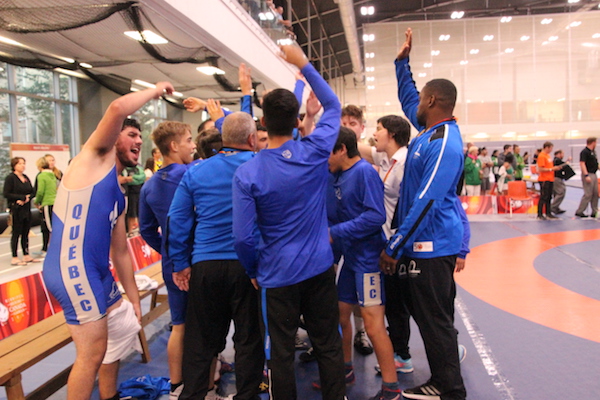 It’s been almost a week since we got back from the Canada Games.  As always, I like to reflect upon what’s happened and how it affects the state of wrestling in Quebec.  Here are a few things that I saw during my week in Winnipeg.

Our goal as a province at the outset of the games was to equal or surpass what we had achieved in Sherbrooke four years ago.  In Sherbrooke, the Girls Team placed 8th, with one athlete qualifying for the semi-finals and a Silver medal won.  For the Boys Team, they wrestled through a tough pool, qualifying for the Team Bronze Medal final for the first time and finishing a then historic 4th place finish for the province.  In the individual competition, Quebec qualified six for the semi-finals with four returning with medals (2 Bronze Medals, a Silver Medal and one Gold Medal).  A successful tournament to say the least. 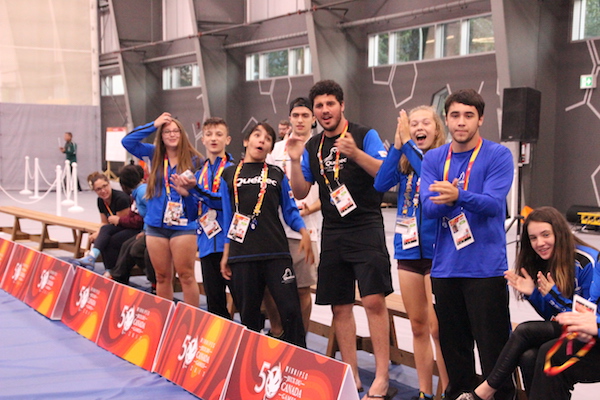 The team reacts with joy after Natael’s Bronze Medal win

Fast forward four years later and our goal of equaling or surpassing last game’s results were met.  The Girls maintained their 8th place finish but managed to qualify two athletes for the semi-finals with a Bronze Medal and a 4th place finish due to an injury forfeit.  The Girls team also had one more athlete than they had last games which would indicate growth in developing girls wrestling.  This is something that’s always been a challenge in Quebec.  On the Boys team, Quebec fielded a full team, just like the previous Canada Games and was also able to qualify for the Bronze Medal final again.  However, the difference was that Quebec was able to pull off a convincing win against Saskatchewan and take home a historic Bronze Medal finish.  For the individual competition, Quebec was able to qualify four for the semi-finals but came home with a clean sweep as all athletes that were in the semi-finals won a medal (2 Bronze Medals, a Silver Medal and one Gold Medal).  Based on the results, the future looks bright. 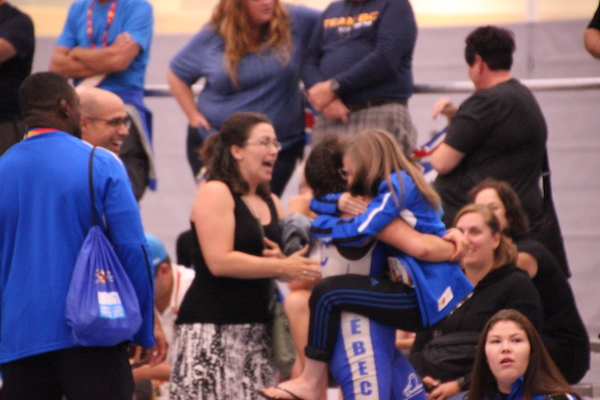 A hug from Alexa after Erin’s comeback win! 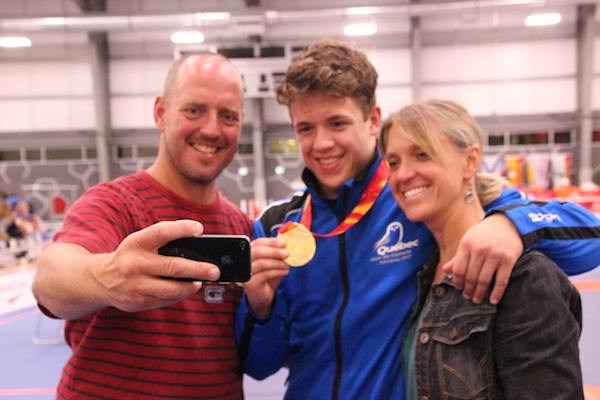 At the beginning of the competition, I told our athletes that the Canada Games was like no other tournament they had ever competed in.  Unlike the National Championships which only lasts a day, the Canada Games is a three day event that is both an excercise in physical and mental endurance that can’t compare to anything they’ve ever experienced.  The goal when coming into the games is to pace the athletes so that they don’t get too exahasuted before the end of the tournament.  With younger athletes, it’s that much harder to contain their excitement, with all the other activities that are going on at the same time as well as the fact that they’re a part of the largest multi-sport event in Canada.  In the end, keeping these young athletes level-headed might be the most important part of the tournament. 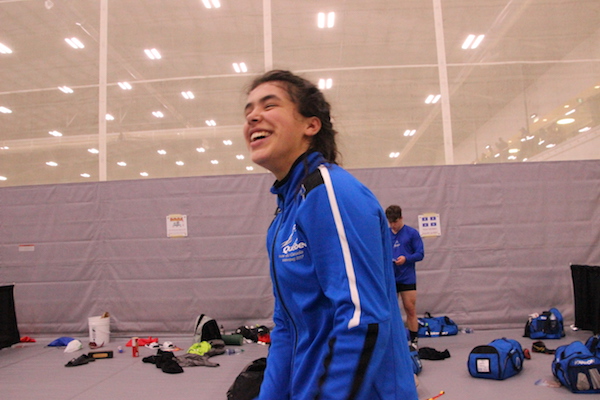 An emotional Erin Rainville after her Bronze Medal match

Due to the busy nature of the summer, there was very little opportunity to get the teams together to hold practices or team building excercise.  Each club either had tournaments in which their athletes, coaches or both were involved in.  While building chemistry may not seem like an important thing in an individualistic sport like wrestling, after witnessing how important it was the success of the team, I firmly believe that team chemistry was an integral factor.  Many of the athletes said throughout the tournament that some of the best of times that they had were when they were just hanging out with one another during their free time.  During the week that we were there, I saw different groups starting to form from athletes of various clubs.  And what was most gratifiying was that they would mix around with one another until it was impossible to see the same group of people together at the same time.  I firmly believe that this chemistry contributed to the success of the teams as both boys and girls wanted watch the other’s meets and cheer each other on.  We also saw that either through victory or defeat, every athlete was there to encourage each other on. 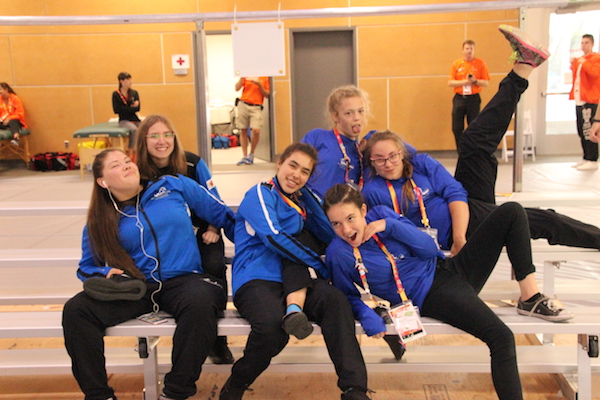 Some of the Quebec girls clowning around 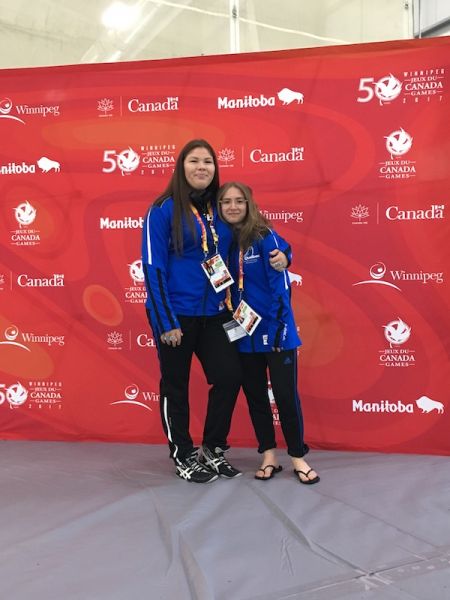 The goal now is to start building towards the next Canada Games.  As always, we would like to either improve or maintain what we accomplished from these games as well as increase participation in wrestling so that we can field the most competitive teams possible.  This is a welcome challenge as success breeds success.  Seeing the hard work that paid off for our athletes will hopefully make recruiting that much easier for the next games and help to grow wrestling in the province of Quebec.