Home > Articles > Jason's Blog > The benefits of Sports for School 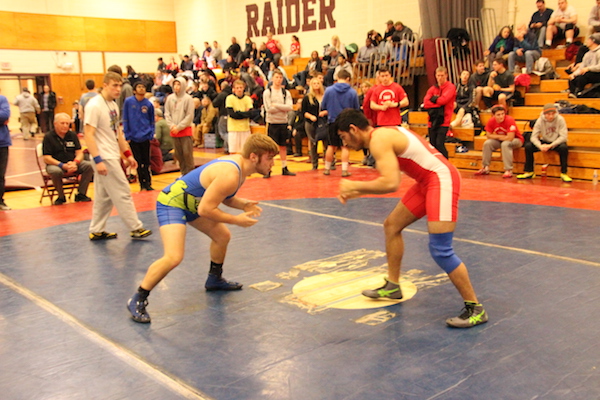 As a new school year is upon us, I thought I would take a look at sports and school and the struggle that our Quebec athletes face as they pursue the sport of wrestling while studying.  Many athletes find it hard to juggle sports, school and part-time jobs in order to fund their sports.  Some lucky few may have familial support to help offset the cost but for the ones that don’t, it can be daunting.  I also want to look at the benefits that sports can have on our future careers.

The lack of support

In Canada you can’t make a living off sports unless there’s some sort of professional venue. meaning that if there isn’t, you will have to go to school How can we expect our student-athletes to perform on the international stage, go to school and then to work?  There are only so many hours in the day.  Many students have to work in order to compete. To complicate things, Canadian universities cannot offer complete athletic scholarships to ease the cost of school, thereby insuring that the cost falls to the student-athletes.

In other countries like the United States, athletes receive lots of support both on the financial and emotional side through the multi-billion dollar franchises, which exist in many of the American schools. In Canada, we can never hope to compete with this model.  The support generated contributes to a trickle-down effect in which high schools allocate more funding for sports in the American system.  This sometimes comes at the cost of other school programs, sometimes even academic and cultural ones.

Athletes not only need support from their schools and their sports organizations, they also need the support of their families. Unfortunately, parents may see sports as a distraction to school and don’t see the valuable lessons that sports can teach outside the classroom.  Ironically, in some cases, it is the extra-curricular activities such as sports that  are  the “ carrot”  that keeps young people interested in coming to schools.   And what if the parents aren’t supportive on an emotional level to young athletes training and competing?  These are just two obstacles, both in the lack of financial and parental support that comes from competing in amateur sports in Canada.

As a teacher, I don’t think that sports should take complete priority over academics as this can occur in schools where there are professional franchise models but it seems that we’ve swung entirely the other way.  It seems that academics have become the sole focus at the expense of non-academic activities such as sports.  There has to be a balance between sports and academics. The school curriculum should foster the crossover of the benefits derived from participating in sports to academics.

The intangible benefits of sport

Sports can potentially have a tremendous effect on career development, which lets face it, is the argument that many parents have for not allowing their kids to participate to their fullest.  The argument is that by taking away time from school to train in sports, that they will not have success in their careers.  I disagree with that statement entirely as sports, and wrestling in particular offer many intangibles to success later on in life.

Forbes magazine (Why Wrestlers Make the Best Employees) cited in one of their articles that athletes make great employees, but that wrestlers are on a whole other level.  And if a magazine dedicated to covering the best habits of people who are successful in the business world made this point, then it’s worth taking notice.  Even respected astro-physicist Neil deGrasse Tyson acknowledges the challenge that wrestling holds.  deGrasse Tyson stated that “Wrestling is the hardest thing to do.  Anyone who says that something else is the hardest thing has never wrestled.”  deGrasse Tyson successfully wrestled for Harvard while majoring in physics so clearly training didn’t affect his success. 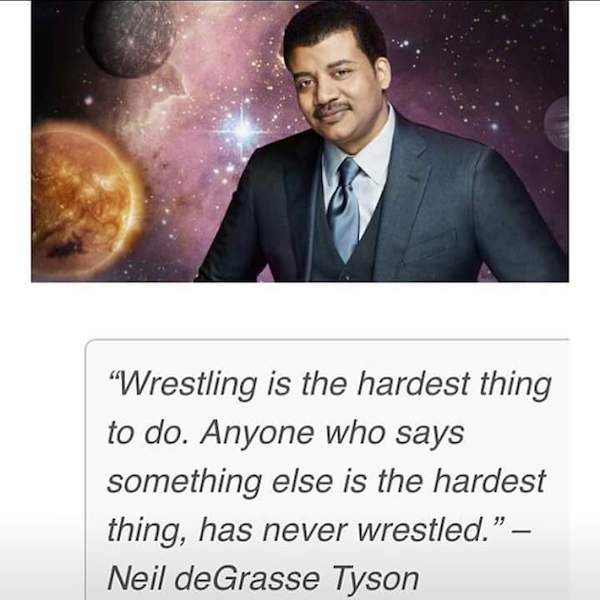 Photo property of the Scientific American

On a more personal note, wrestlers who I’ve had the privilege to coach and meet have successfully blended their academics and wrestling and have gone on to achieve success in their careers after their competing days were over.  Howard Stupp, a former 1976 Olympian and Quebec wrestler graduated with a degree in Law from McGill University and currently works for the IOC in their Legal Affairs department while Micheal Noonan wrestled for Concordia University and went on to become a Rhodes Scholar.  It should be noted that the Rhodes Scholarship is one of the most prestigious in the world and is selected not just for the applicants academic success, but what they do outside of school as well.  Many American Ivy league schools such as Harvard and Yale use the same selection process.

Doing too much of either isn’t good for the athlete as one has to establish a balance in their lives.  Academics and amateur sports have to work side by side as the benefits to the people involved are tremendous and can payoff quite well later on in life.  Our student-athletes find it hard to train and compete without the lack of support.  Adding familial pressure is another thing that isn’t needed if we are to encourage the development in our sport at various academic institutions.