Home > Articles > Jason's Blog > The intangibles to being a wrestler 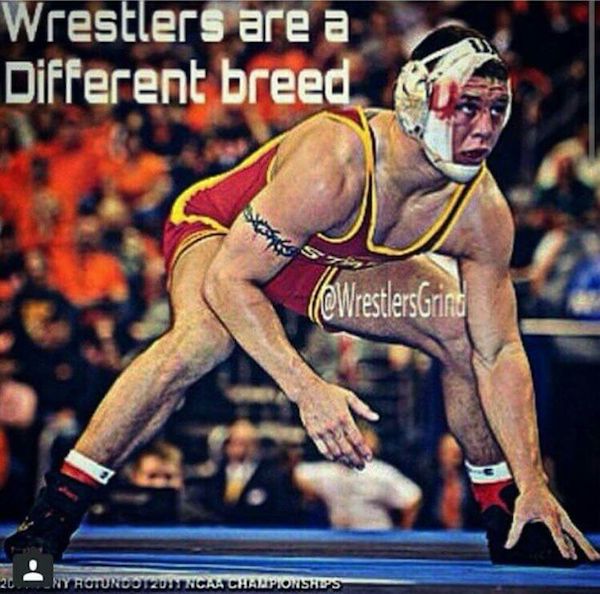 The question that I get asked a lot is what makes a wrestler?  For that matter, what makes any athlete the way they are?  Athletes are a funny bunch as they are collectively obsessed with competition and self-improvement.  The best athletes in the world aren’t just World Champions at the competition, they are World Champions everyday.  Wrestlers are even stranger than that in that in takes a certain edge to be a wrestler.  With that being said, I believe that there are many intangibles that go into making a wrestler a wrestler.

One thing that I firmly believe that a wrestler has to have is an incredible amount of self-belief.  After all, unlike team sports there’s no subs to come and bail you out and it’s all on you.  A wrestler that doesn’t believe doesn’t have a long career.  Good wrestlers believe so strongly in themselves that they can sometimes come across to many people who first meet them as either arrogant or standoffish.  While this may be the case sometimes, wrestlers are like any other person and therefore you will see the whole range of personalities amongst the wrestling community.  You have to believe that you have a chance to win every time you step out on the mat.  This is one intangible that I believe makes a wrestler. 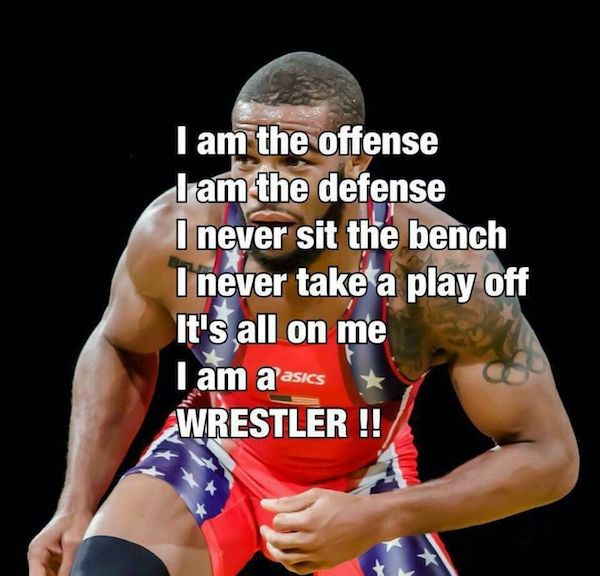 Jordan Burroughs #alliseeisgold may have sounded cocky, but he definitely believed!

Strangely enough, while being an individualistic sport, wrestling depends quite heavily on a team.  You need effective teammates for training and sparring.  You can train for wrestling by yourself, but not train wrestling by yourself.  You need teammates to make you better, to compete with and to push you.  You need teammates to help you win team titles.  Therefore while being an individual sport, it is also a sport that depends quite a bit on team dynamic.  The ability to be at ease both with people and completely alone is a duality that most people have trouble with as they tend to gravitate to either side.  Wrestlers embody this duality so well as they are both very individual and team minded at the same time.  This is yet another intangible that makes a wrestler. 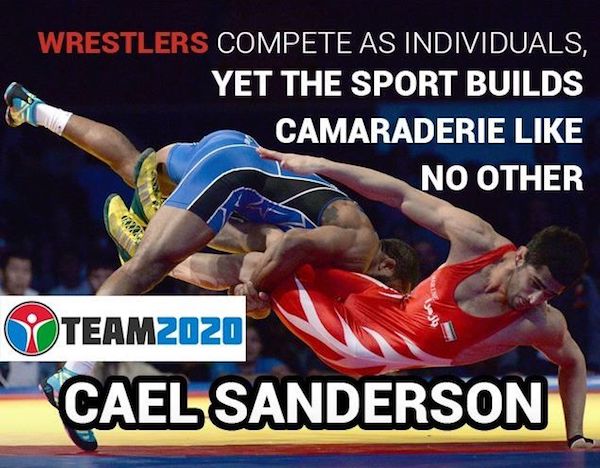 The last intangible that I think is so crucial to being a wrestler is a fightning spirit.  While many sports encourage this, for combat sports it’s practically the central focus.  So what makes a fighting spirit in a wrestler?  I think this is many things.  A good example of this can be seen when one wrestler may try to hit their opponent.  Some coaches advocate this as part of the sport but I don’t.  So with that being said, while wrestling is a sport, you will always have those athletes that may be less skilled and will use dirty tactics to put their opponents off their game.  This can include not only hitting but sometimes punching when the referee isn’t looking or headbutts in the clinch.  While the referee is supposed to stop this, sometimes they just don’t see it and a wrestler with a strong fighting spirit will send the message back that this is not going to be tolerated.  As my coach always said, if they hit you first, then hit them back harder.  Show your opponent that you’re going to stand up for yourself and have some pride to not back down from the bully.  Fighting spirit can also include some things that aren’t as obvious such as after getting thrown or scored on, coming back with intensity to get those points back.  It can also mean training and competing with injuries if the situation is important enough.  This above all else is one of the most important intagibles of being a wrestler.

One of the best descriptions that I’ve heard for the intangibles that make a wrestler had to have come from comedian Jay Mohr.  Jay Mohr went on this rant in 2013 shortly after they announced that they were going to take wrestling out as a core sport for the Summer Olympics.  Mohr, a wrestler himself when he was younger gave an impassioned speech about the travesty of removing wrestling from the Olympics.  In the rant, he definitely points out many of the intangibles that make a wrestler a wrestler.