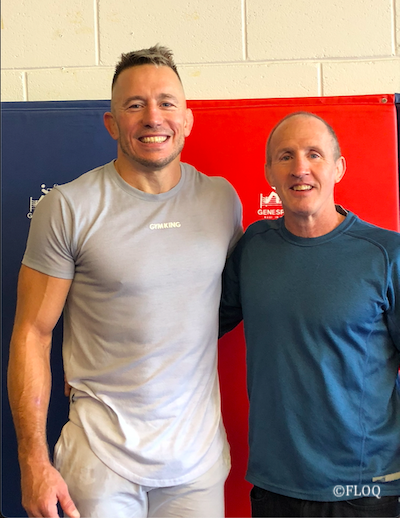 On Sunday October 17th, the Montreal Wrestling Club received some surprised visitors as George St-Pierre, the former two division UFC Champion made his return to practice after some time off and Concordia Hall of Fame member, Mike Sullivan also visited as well.

George’s accomplishments in the sport of Mixed Martial Arts are well known and Mike was a CIAU medalist as well as an All-Canadian. Mike was an integeral part of the Concordia Team that dominated the 1980s, winning six national titles in an eight year span. Welcome home George and Mike! 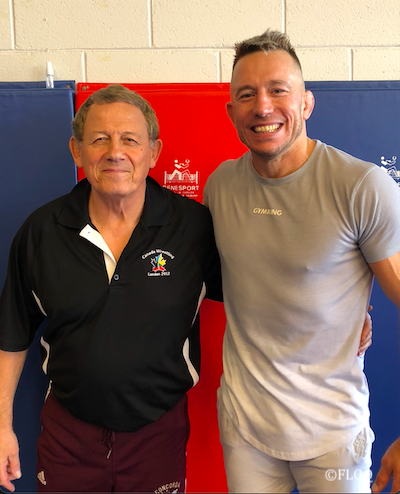 GSP couldn’t resist taking a picture with the coach