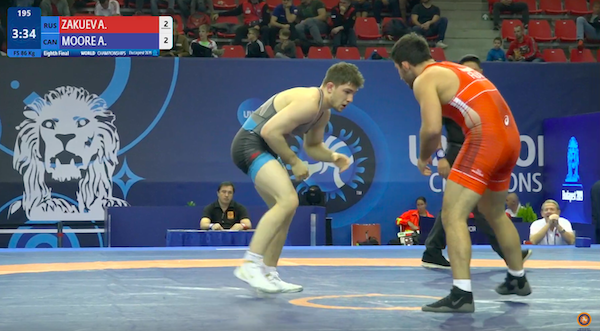 Alex Moore of Montreal Wrestling Club won his wrestle-off against Clayton Pye of the Brock Wrestling Club. Alex, who was injured during the Olympic Trials won both of his matches by a score of 6-4 and 10-0. Alex will now have to qualify the weight at the World Olympic Qualification Tournament. Congratulations Alex!

Alex Moore at the 2019 U23 World Championships