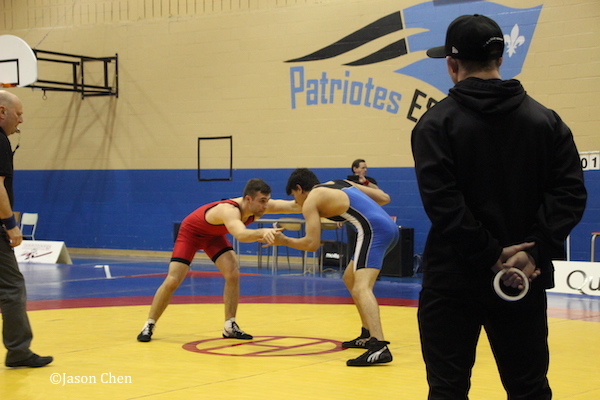 I think it goes without saying that you should show your appreciation for coaches. While this may seem obvious, like common sense, it’s becoming rarer as time goes on. While this sounds like a rant on the current generation and its perceived decline, this really isn’t. While it seems that I’m being critical of the current generation, I think that it’s only normal that we lament the passing of old school values and wax nostalgia about how things used to be better before. This blog isn’t about this, though I would be one of the first to say that in some cases, things have declined. Instead, this what I’ve seen and experienced in how people see coaches today.

I would like to point out two incidences in which I was either a witness to, where I felt disrespected or questioned as a coach. Now to be clear, this isn’t empirical evidence that has been meticulously researched, and I’ve never claimed that I was an authority in the subject. Rather these are just things that have been mentioned all too commonly in either conversation or the news. In addition to this, I’ve also heard stories that have been passed on to me by other coaches in other sports where they were either questioned or felt like they were disrespected. Is this sentiment widespread or is the real question with our hyper-connected world, are we just more aware of this? But that’s a question for another day.

Anyways, concerning respect for coaches; I was at my practice after a long day of work. We have a mop and bucket that we use to wash the mats to avoid any type of skin infection, which as most wrestling coaches know, can be the bane of any wrestling room. At the end of practice, the mop and bucket remained in the hallway without being put away as the athletes dashed off towards the showers. I stopped the athletes with a question “Hey guys, who’s going to take care of the bucket?” to which one athlete quipped in a flippant way “Isn’t that your job coach?”

Though this was said in jest, I wasn’t laughing as I gave the athlete a long hard look. Clearly, he saw that his joke did not have the intended effect and apologized profusely. While the statement wasn’t made with malicious intent, I think that the fact that it was said shows a lack of respect that either wasn’t taught or clearly wasn’t learned. I’m also pretty sure that this particular athlete would not have made this joke with any of the other coaches in the room so why should I be treated any differently? We work long and hard to create a culture of respect in our wresting rooms and if jokes like that were common, then I would have been overly sensitive for reacting the way I did. We don’t have that environment in our room, so that comment was out of line.

In fairness to the athlete, he’s relatively young and as result probably didn’t think of the impact that his words had. As I cool off, I think I’m going to use this as a teachable moment to help educate the athlete, so that hopefully he learns something from this. Only time will tell whether this was valuable lesson or a waste of my time.

The second incident that happened to me recently, concerned a parent. Without providing too much context, this parent questioned my decision on whether their child should participate in a tournament and decided to pull them out. While I don’t mind if parent’s ask questions, this particular parent made a unilateral decision on whether their child should compete or not. If this parent had some expertise in the sport then that would be fine, but they did not.

To be clear, I was perfectly at ease with their decision. After all, parents have the job of raising their kids and will do so in the way they best see fit. What I didn’t agree with was the way in which it was said. Parents where wrestling is concerned, tend to worry a lot. Given the physical nature of our sport, I can understand why. My issue is the lack of education and paranoia where our sport is concerned. This coupled with the fact that parents seem to be perfectly at ease with their kids playing football or hockey (which statistically, are more dangerous sports) because of the glamour attached to it, and I think that there is a horrible double standard going on.

Then again, maybe I’m reading too much into this and what I perceive to be a lack of respect. I tend to get defensive where my sport is concerned because this is not the first time that a parent has actively questioned me. In our society where balls are banned from recess due to safety concerns and Halloween was postponed in Montreal due to bad weather, are we becoming too paranoid? And in turn, is this me being paranoid in response to this parent’s paranoia? I guess that’s the real question.

What it comes down to is I tend to look at it from the perspective in that if you think that you can coach your child better than the coach, then why bother enlisting a coach in the first place? Why feel the need to micro-manage everything in your child’s life? Furthermore, if a coach has a proven track record, then I think that the parent should just let the coach do their thing. One of the things that was most appreciated and was remarked upon was a comment made by my coach towards my parents when I retired. He said that for all the years that I wrestled, not once did my parents make a complaint or try to micro-manage or coach me through my career. They instead let him coach me, and had faith that both he and I would come to the end eventually. In other words, they trusted and respected the coach, which is something that I think isn’t as common as it used to be. 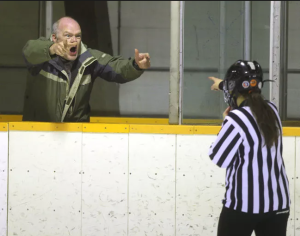 One of the biggest problems in minor hockey recently? Abusive parents

On the flip side, I can sort of see why this lack of respect is becoming more prevalent. In an era of crazed hockey parents and fathers who charge on to the mat when they see fit, this type of behaviour, while not acceptable, seems to be becoming more commonplace. How often do we hear about abuse from parents in the stands aimed at opposing team’s players, officials and even coaches? Too often it seems as this vigilante style of retribution seems to permeate our culture, despite the fact that we abhor it. The lack of respect for society and its norms is eroding and I shudder to think of what things will be like in twenty years.

The bottom line, coaches give their most valuable asset that they have to their athletes, which is their time. Coaches often are either underpaid or are volunteers. If they’re in coaching for the right reasons, then all they want is their athletes to improve and achieve success. Coaches are not tools or steppingstones and at the very least, should not have their competency or their motivations called into question. Furthermore, if things continue on the current trend, we will start to see less people going into or staying in coaching. And if that happens, sports as we know it is finished. Just some food for thought.