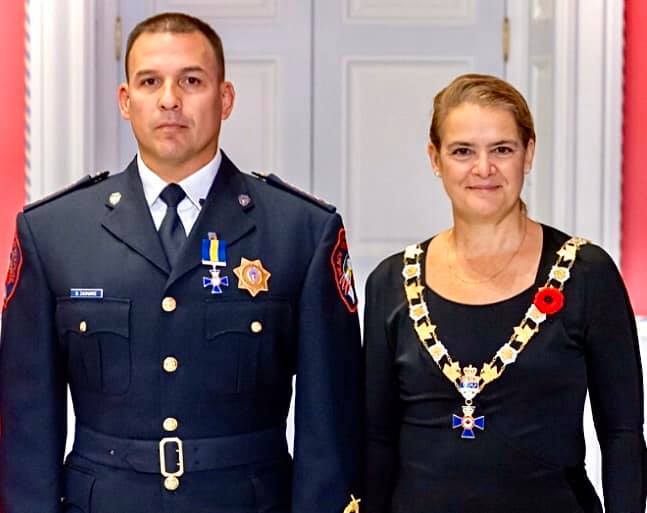 On October 31st 2019, Chief Dwayne Zacharie was inducted into The Order Of Merit Of The Police Forces by Governor General Julie Payette. The Order was established in October 2000 to recognize a career of exceptional service or distinctive merit displayed by the men and women of Canadian police services. Congratulations, Dwayne!

Dwayne was a member of the Centennial Academy Wrestling Team and wrestled for Concordia University and the Montreal Wrestling Club as well. Dwayne has represented the province and the country in many provincial, National and International tournaments and was at one time an Olympic hopeful.

(Photo property of the Kanhawake Peacekeepers)