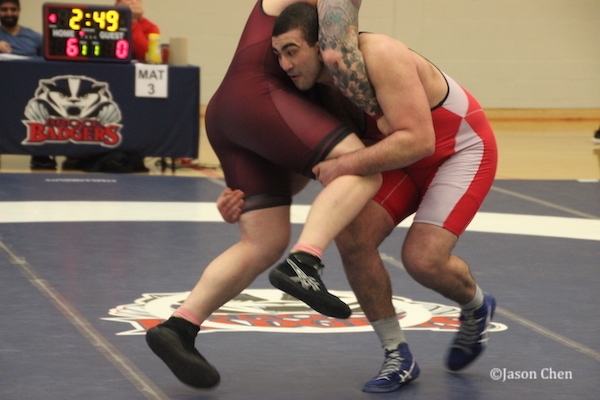 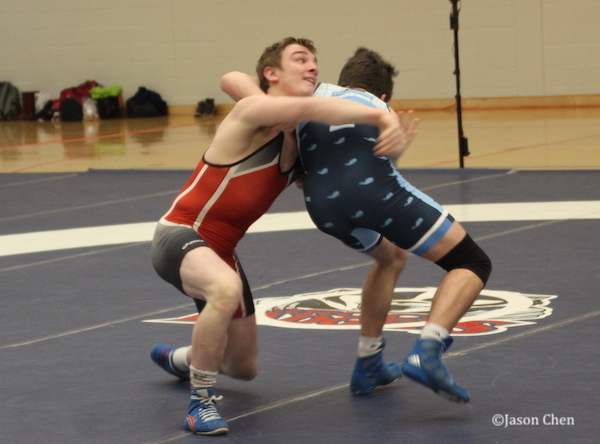 Brayden Todd with the duck under 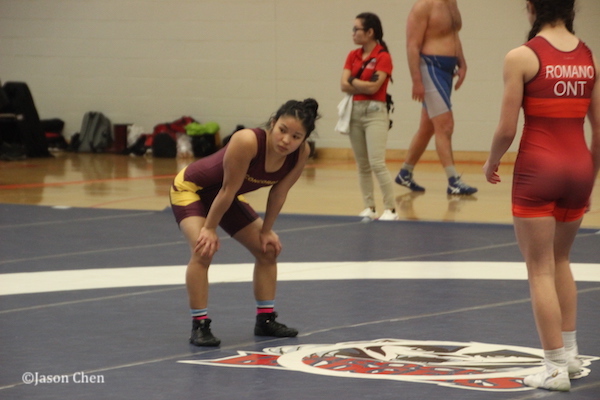 For the complete results for the Riverdale Invitational, click here

For the complete team scores for the Riverdale Invitational, click here

Aly Barghout with the double leg

Also on Saturday January the 11th, the Brock Open was held as Concordia, Montreal Wrestling Club/NTC and Vanier College competed in the event. From Concordia, Sam Garland, wrestling at 72 kg placed 2nd while Jeremy Poirier (90 kg) won a Bronze Medal. Wrestling for the Concordia Women, Kaleigh Prieur (48 kg) won Gold while Kaya Dubé-Snow won a Silver Medal at 55 kg and Laurence Beauregard was 3rd at 59 kg. From the Montreal Wrestling Club/NTC, Gabriel Choueke and Trevor Banks finished in the Gold and Silver positions at 57 kg while Aly Barghout (120 kg) and Viginie Gascon (55 kg) won Gold. Finally, from Vanier College, Brayden Todd took a Silver Medal at 61 kg while Alexia Sherland was 4th at 67 kg.

Congratulations to our Quebec athletes as they begin the new competition year!

Tournaments out east and the Ed Meagher