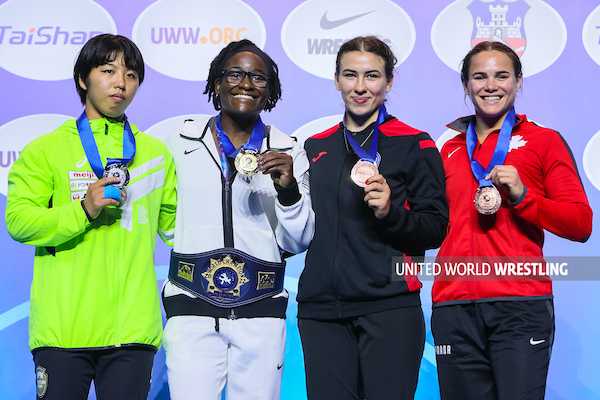 Exciting results from the Belgrade Worlds

The Senior World Championships were held in Belgrade Serbia from September 13-16. Quebec was well represented as five athletes from the Montreal Wrestling Club NTC were sent to represent Canada. On the Women’s side, Laurence Beauregard would compete at 59 kg while Linda Morais, fresh off her Silver Medal performance at the Commonwealth Games, would wrestle at 68 kg.

For the Men, Jason Luneau would wrestle 61 kg while Vincent De Marinis would compete at 70 kg. Rounding out the Quebec contingent, Commonwealth Games Bronze Medalist, Alex Moore would compete at 86 kg. Our athletes in turn, were well taken care of as Coaches Rob Moore and David Zilberman would accompany them.

Laurence Beauregard would begin her tournament with a hard fought loss to Anastasi Nichita of Moldova by Fall (4-0). However Nichita would move on to the Gold Medal final, allowing Laurence to move to the Repechage where she would face Qi Zhang of China.

Laurence despite a close match, Laurence would lose a close match by points (3-) and would not move on to the Bronze Medal final.

At the 68 kg Women’s division, Linda Morais would begin with a victory by points (6-5) against Meerim Zhumanazarova of Kyrgyzstan. Linda’s next match would be against Ami Ishii of Japan. Despite leading on points, Linda would lose via Fall (5-8) and would move on to the Repechage.

Linda would wrestle against Pauline Denise Lecarpentier of France. After tightly contested match, Linda would take the victory by points with a score of 2-1 where she would face off against Nisha Nisha from India. In the Bronze Medal final, Linda’s experience would help her as she would win her match by Fall (4-4) to claim the Bronze Medal!

On the Men’s side, we begin with Jason Luneau, wrestling at 61 kg. Jason’s first match would be against Khamzat Timourovitch Arsamerzouev of France. The match would be an exciting, with Jason scoring two points. However, he would eventually lose via Superiority (12-2) and would not advance to the Repechage.

Wrestling at 70 kg, Vincent De Marinis would face off against a tough opponent from Moldova, Maxim Sacultan. Vince would wrestle well but would lose on points by a score of 7-0. Sacultan would lose his following match, preventing him from advancing to the Repechage.

At 86 kg, Alex Moore would face Boris Makoev of Slovakia in his first match. Despite scoring some points, Alex would lose by a score of 8-3. Makoev would lose in the Semi-Finals to the defending World Champion from 2021, Hassan Yazdani of Iran, thereby preventing him from going to the Repechage. 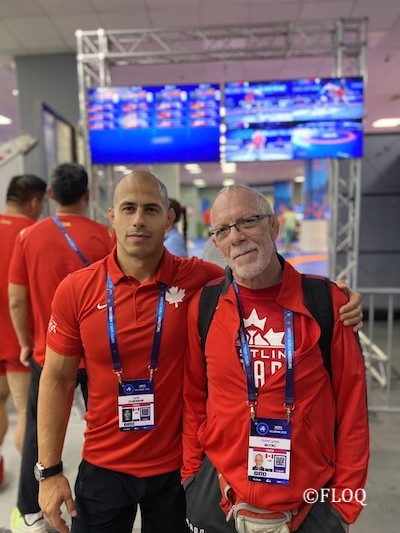 Congratulations to all the athletes who participated at the World Championships and to Linda Morais for adding another World Medal to her tally. You make us proud!