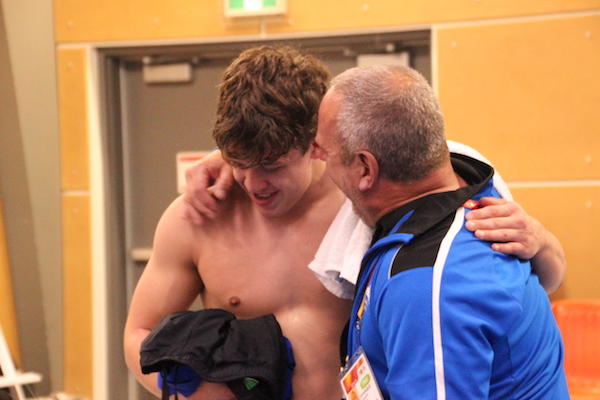 As Thanksgiving approaches, it occurred to me that many of us don’t give enough thanks for what we have.  Too often, we take for granted what we have or are too caught up with the speed in which our lives move at to stop and take the time to appreciate what’s happening around us.  The life of a high-performance athlete is a hard one.  It involves lots of time devoted to training, maintaining a certain weight, juggling school and possibly work.  Wrestling is no different in that it involves a lot of time and sacrifice given by both the coaches and the athletes.  As wrestlers we embrace this grind, but it can also dominate our focus in that singular way that only another wrestler can understand.  When we all head into our eventual retirement as athletes, too often we forget the countless hours put in by our coaches because we were too focused on what we had either given up or sacrificed.

As most wrestling coaches go, we don’t ask for money for what we do.  Unless you’re a coach of a professional sports team or an American Division One college team, lots of coaches don’t really receive any money of any significance.  Most of the wrestling coaches that I spoke to are notoriously underpaid in Canada, as we don’t have the popularity of hockey or football to generate large numbers and command large salaries.  Instead, we give the most valuable thing we can which is our time and focus on helping others to achieve their dreams and the intrinsic rewards that coaching brings us.  Just think of us as the Fairy Godmother from Cinderella but with cauliflower ears!

An athlete’s victory is a coach’s proudest moment!

As coaches, we invest a lot of ourselves into our athletes.  We rejoice in their victories and feel hurt in their losses.  Sometimes an athlete losing hurts us more than the athlete because we see their potential when they might not and when they don’t realize that potential, it leaves an indelible mark on us. 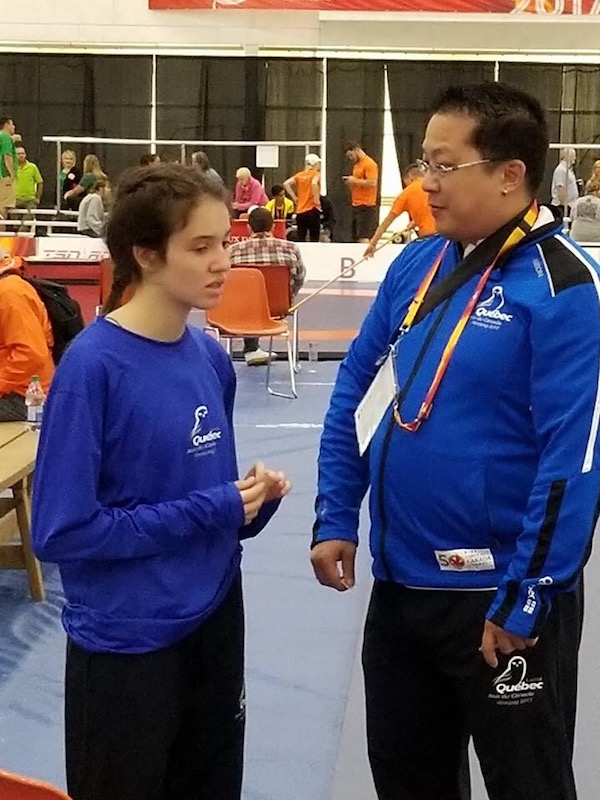 One of the many coaches that I’ve had the privilege of knowing during my wrestling career was a man named Bruce Ross.  Bruce took me the Cadet Sambo World Championships in Kent England, which was my second international competition in my life.  It was an experience that still lives quite vividly in my mind even after all these years.  Bruce has since moved to the Yukon but still comes to visit us when he can.  During the 2002 CIS National Championships in London Ontario, Bruce said something to the team that has stuck with me and I try to pass along a simliar message to my athletes.  Bruce said to us “When we retire, we should make it a point to come by and visit Victor (Zilberman) or give him a call.”  Bruce said that since Victor had invested a lot of his time and himself into our development not only as athletes but also to becoming good people, nothing would make him happier than to know how we’re doing. 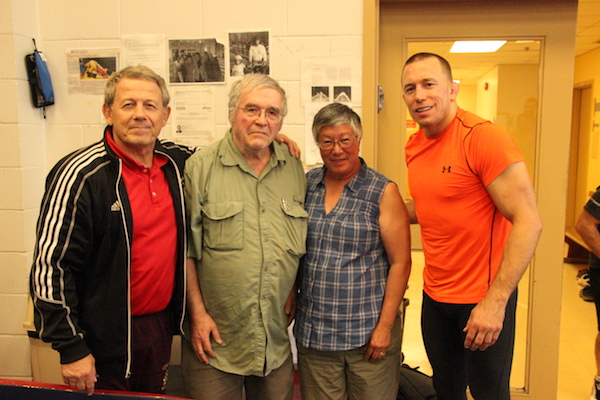 Having coached for many years, I’ve come to realize that this simple statement made by Bruce those many years ago is very true.  I’ve seen how just an email or visit from a former athlete brightens up my day significantly.  I’m always amazed to find out how well they’re doing, finding out how much they valued their time wrestling as well as the lessons that they learned from the sport that they apply to their day-to-day lives.

In recent years, I’ve sometimes found it hard to be grateful for what I have since in some ways I feel that I haven’t attained the goals that I set out for myself those many years ago.  As human beings and former athletes, it’s hard not to set your goals high.  When we don’t achieve them, it can leave a void in our lives but that’s’ a story for another time.  One thing that remains constant however is that I always encourage our club athletes to come back and visit, call or email the coaches that had an affect on their lives.  In short, to give thanks for all the time that was given and to maybe reminisce on some of the good and funny things from the past.  As coaches, these small things mean the world to us.

A special thanks goes out to George Reinitz for inspiring me to write this article.  It’s through the support of my mentors, coaches, family and friends that I can write these blogs which not only draw upon my experiences in the sport but from the heart as well.