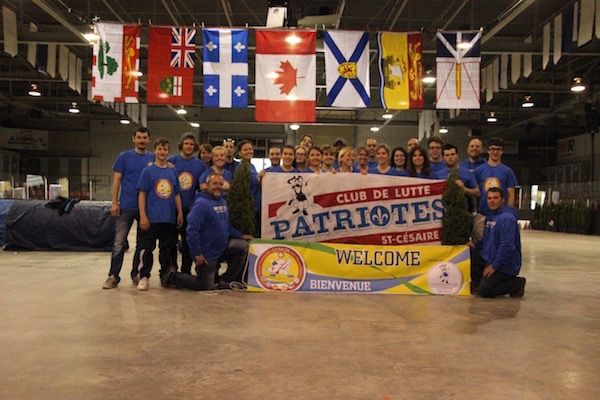 The Eastern Canadian Championships came to a close yesterday and the word that comes to mind when describing it would have to be sucessful.  I should point out that I’ve never been to a Canada East Championships before this as a coach since I’ve never athletes that young who could compete at that level before. I was also never there as an athlete for that matter seeing as there was a true national championships when I started wrestling at the bantam age group many years ago. 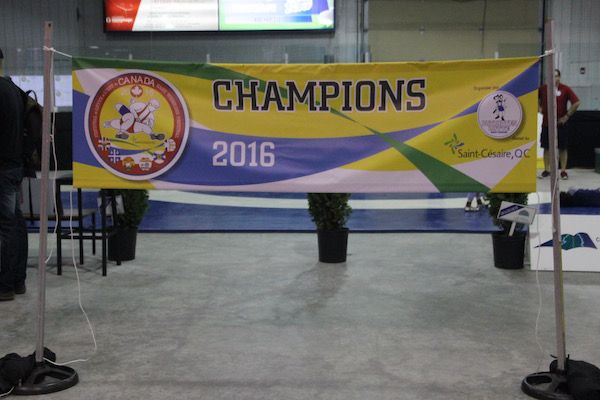 For those who don’t know this tournament, the Eastern Canadian Championships brings athletes both boys and girls in the Kids, Novice and Bantam age groups together to compete in tournament reminescent of the Canadian National Championships.  The provinces that compete are from Eastern Canada.  This includes Ontario, Quebec, Newfoundland and Labrador, New Brunswick, Novia Scotia and PEI.  This competition is a great introduction to higher level tournaments for young athletes.

Anyways, the tournament began with an opening ceremonies which had a walk-in and introduction of the athletes that was seprerated by clubs instead of provinces.  This walk-in was reminiscent of the Olympics, Canada Games and any other major sporting event and provided some good atmosphere as the young athletes were allowed to walk in with their friends and teammates.  By far, team Ontario had the strongest representation for their clubs as teams from Renfrew, Guelph, Team Impact, the Lexus Titans, the Junior Badgers, National Capitol Wrestling Club and the London Western Wrestling Club all sent representatives.  Quebec’s contingent of clubs was represented by CLIC, KSS, the Montreal YMHA, the Riverdale Wrestling Club, Minotaure Wrestling Club and of course, the host club The Patriotes de St-Cesaire. 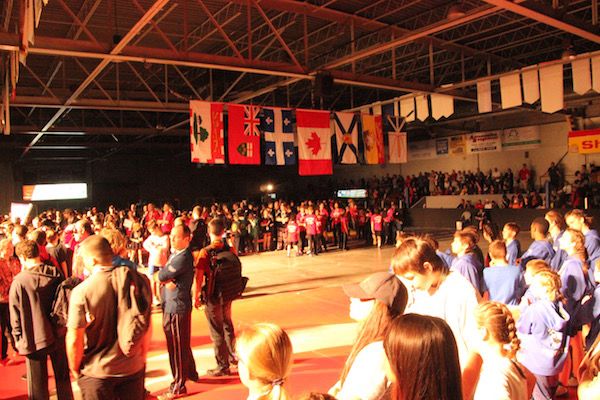 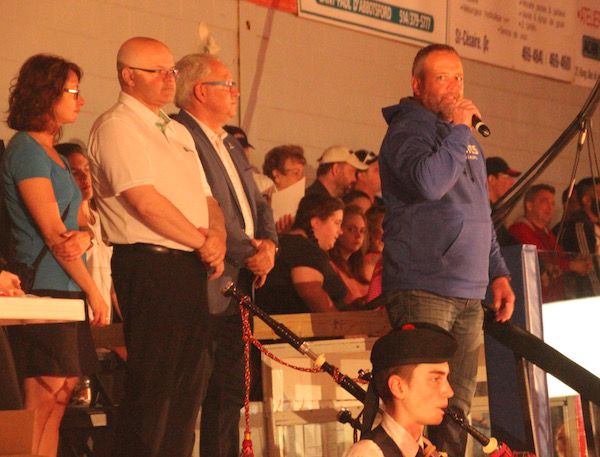 Dominique Choquette opens up the tournament

The host club put on a phenomonal tournament.  From the beginning, organizer and head coach of the Patriotes Dominique Choquette, ran a well organized and fun tournament for the athletes.  From the Opening ceremonies, to the carnival and dinner on the Saturday night, many young athletes participated in an experience that they will never forget.  The medals and the trophies were also worth mentioning as they were the nicest I have ever seen at a tournament. 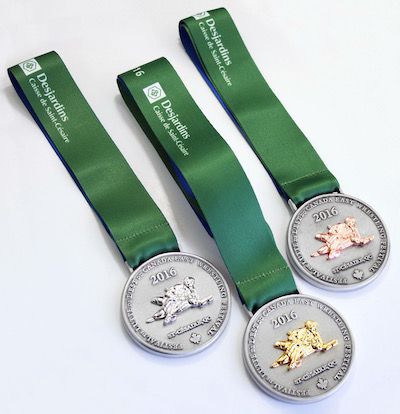 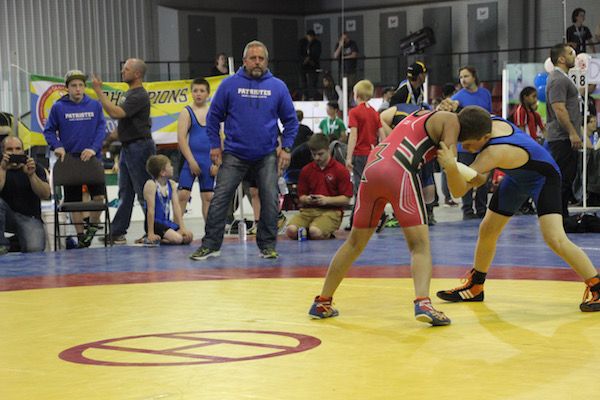 Another special mention has to go out to the volunteers who helped make this tournament run as well as it did.  The members of the Club de Luttes des Patriotes as well members of the community helped to amke the visiting teams feel welcome with both their eagerness to help, their friendly attitude and their comunication in both Canada’s official languages to any visitors who had difficulty communicating in French.

Tournaments like this illustrate that though Quebec has a small wrestling community, it is a strong one.  Dominque Choquette’s passion and dedication to this event was evident as he imparted his enthusiasm to all the people who were involved in the tournament.  Comments that I received from other coaches throughout all the tournament were all positive and the level of competition was quite good for a tournament like this.  As we move forward to furhter develop wrestling in this province, it is my hope that we can host another tournament of this caliber whould we get any one of the major National Championships in the future.