Home > Articles > Jason's Blog > How to keep people in wrestling

When I officially ended my high school practices for the school year, it wasn’t without a certain amount of bitterness.  Towards the end, there were only two or three athletes showing up and they were so far apart in weight that it made it virtually impossible to run any sort of practice.  This saddened me since at the beginning of the year, the enthusiasm was high and my practices were full.  Fast-forward to the end of the year, and nobody is on the mats.  My junior athletes still wanted to train but my senior athletes had dialled it in.  I can understand to certain extent as to why they stopped training as they felt that they had nothing to left to train for, seeing as they were graduating.  While I understand this, this attitude is pretty selfish in my opinion.  After all, their experience can help to build the team up for future generations and therefore leave their legacy on the team for years to come.  Therefore this self-centred attitude while hard to swallow was unfortunately expected.  Teenagers for the most part tend to only look inward and this has been the same for many years.  I guess, as I get older, my impression of this fundamental truth seems to be that; this inward looking attitude is getting worse.  On my part, I tried to look at this problem from my perspective and that maybe this problem was one of my own making.  Maybe the reason that they were turned off towards training was that I’m too hard on the kids and that I expect too much.  Maybe I should stop being so intense, and let it go and hope for the best.  This passive approach has never been my style and I would like to meet this problem head-on.  I want to keep kids in the sport for as long as I can and I would like more of them to continue on to higher levels as well.

Some of my younger athletes that I hope will continue on

For the first time in a few years, I will not have any athletes heading to Sport-Études at Vanier College.  This means that all my graduating athletes will end their wrestling careers at the end of the school year and while you can’t expect them to all go on, if even one had done so, then it would have been just fine.  I remember when I graduated high school, I was also the only person in my age group to head to Sport-Études and unfortunately this low number was a precursor of things to come.  From the ages of sixteen to twenty two, I was the youngest at the Montreal Wrestling Club.  This six-year gap meant that there were no new athletes coming in for many years, which basically meant that there was no new blood for many years.  Needless to say that this was pretty lonely and the young athletes that are currently at Vanier don’t realize how lucky they are as they have a solid group of young athletes to train and go to school with.

So the question now I as ask myself is how can we keep people in the sport of wrestling?  The lower number of incoming athletes is just one part of the problem, but the fact that we seem to have a problem with holding on to coaches and officials seems to also be an issue.  I’ve mentioned in previous blogs that there are very few new, certified coaches on the scene.  This is pretty much in evidence by the fact the even if there is wrestling going on, our numbers of new athletes and coaches has not gone up in terms of membership at the provincial levels.  We also see that we don’t have many more new officials as well.  This is also a problem since we need both referees and pairing masters in order to make things run.  Some people have cited many reasons for this and it’s very difficult to pigeonhole the problem.  The final facts basically say that we have problems both in attracting new people and keeping qualified and motivated people around.

Needless to say, that while I do wish that numbers were up, the quality has been exceptional.  Our results by our various clubs at the National Championships at the various age groups as well as our placing as one of the top provinces in the country (despite our small numbers) in these various Nationals is evidence enough.  Add to this our performances in recent years at the USport Nationals by our only university team, Concordia where our athletes have won both athletic and academic accolades and it’s hard to argue that we’re doing a good job with what we.  If we can do this much with our limited numbers, limited resources and the committed and dedicated volunteers that we have, can you imagine what we could do if we managed to increase our numbers and keep qualified people in the sport? 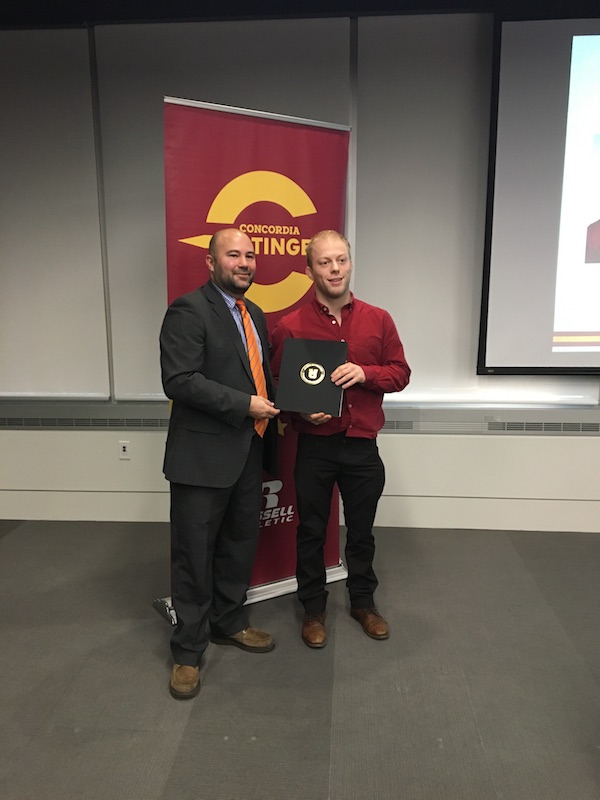 Francis Carter, a graduate of my high school program is an Academic All-Canadian and USport National champion who has many athletic and academic awards

On my personal side, I’m definitely going to have to reflect on my part on how I can keep my athletes in the sport for as long as possible.  This not only includes keeping them in for the duration of high school, but for the years afterwards.  I want more of my former wrestlers to be Academic All-Canadians and World Team Members.  I want more National Champions to win while they’re at my school and for them to win for many years to come after that.  Saying this is one thing.  Making it happen is another.  As my summer comes to a close, this is something that I’m going have to reflect upon.  I’m wondering if I’ll ever come up with the answer. 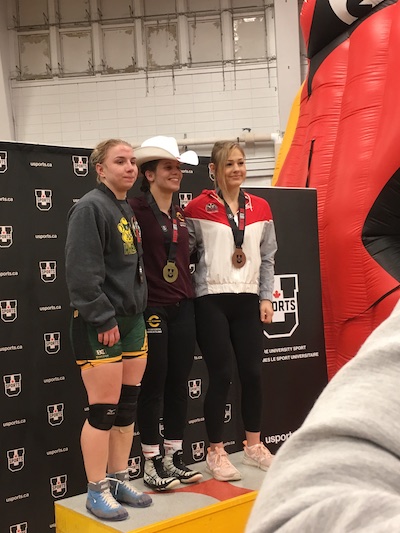 Amanda Savard is another graduate of my program and USport National Champion, qualified for the 2019 U23 World Championships

To the people who read this blog, what are your thoughts about this subject?  How can we keep people in the sport that we love so much?  How can we work together and make it grow for the coming years?