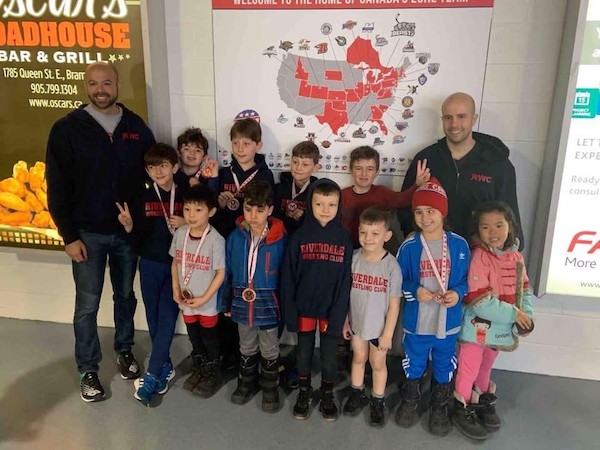 On the weekend of December 14th, several Quebec Clubs took part in the annual Bishop Ryan and Matmen Tournaments. These two competitions represent the toughest high school tournaments for Quebec and Ontario and many of our local clubs took advantage as the Mohawk Wrestling Club, the Montreal Wrestling Club/NTC, les Patriotes de St-Cesaire and the Riverdale Wrestling Club took part in the tournament with some excellent results. Congratulations to all our Quebec athletes who competed! 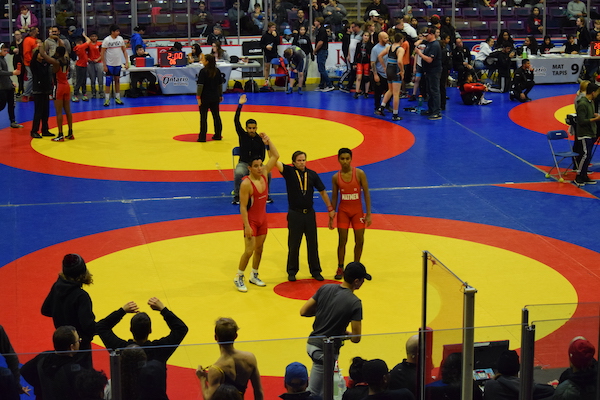 Jason Luneau with the win

Stone Lewis takes his opponent down

The Riverdale Wrestling Club with their medals