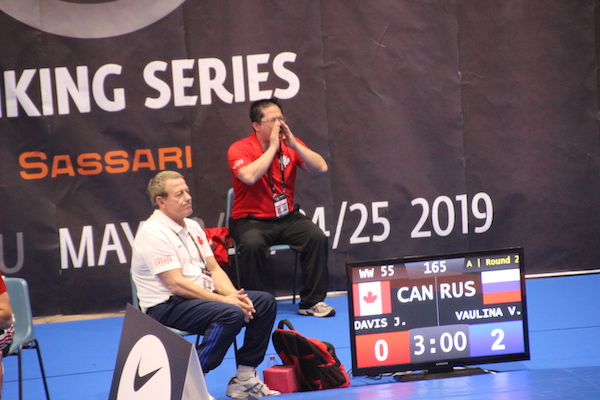 This weekend I begin my Advanced Diploma of coaching at the National Coaching Centre in Toronto.  To be honest, I wasn’t quite sure I would be able to pursue it since I couldn’t take it in Quebec due to the inflexibility of the Quebec program being only offered on specific day of the week.  In order to do it, it would be mean that I would have to quit my job or take a sabbatical in order to pursue it.  Given the cost of quitting my job, I decided to pursue other options.  After calling the Coaching Association of Alberta to see if I could take it via correspondence, the Coaching Association of Ontario was more flexible and therefore made the prospects much more attractive.  Not that travelling so far is ever an incentive, but the opportunity was definitely there.  My next dilemma came from the lack potential opportunities to use my new Advanced Diploma as coaching opportunities are very hard to come by on the National Team and to be a full time Coach is almost next to impossible in an amateur sport in Canada.  So with all that going against me, I was starting to think that it would be a waste of time and money to take this next level of certification.  After all, with my NCCP Level 3, I can coach at all the international tournaments that I’m able to, so what would be the advantage for a certification increase?  Nothing that I could see. 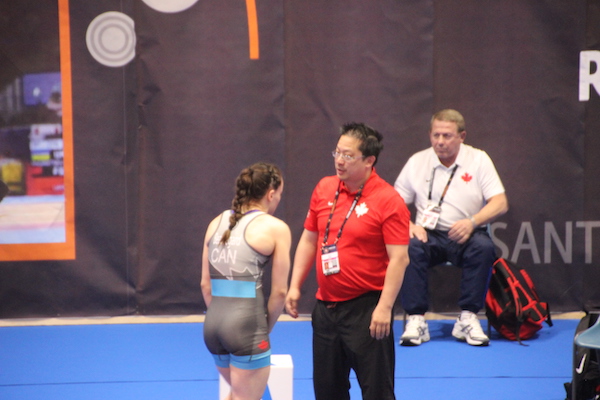 While debating the pros and cons, I decided to ask some of my fellow coaches what they thought about going through with it and they had some very interesting answers to this for both taking and not taking the course.  One of my major motivations to get the upgrade was so that it might make it easier to one day coach at the World Championships and then maybe the Olympics.  This has always been my dream as coach since I was never able to make it as an athlete.

I realized that while I wasn’t able to fulfillmy dream as an athlete, being there as a coach could be just as rewarding if not more.  After all, what could be better than helping someone achieve their dream?  However, there was still this voice in my head that said should I still pursue the course, knowing that there would be no immediate rewards forthcoming and that it may not better my chances to help me achieve my dreams.  So with all these obstacles facing me concerning this coaching upgrade, the real question I had to ask myself was why am I coaching?  Another question I started to ask myself was do the potential gains outweigh the negatives associated with it?  The negative aspects would have to be the fact that it’s a lot of work attached to the courses.  With coaching my high school team as well as the athletes at the National Training centre, my full-time job as a teacher, my responsibilities to the FLOQ website, not to mention trying to maintain positive family and social interactions, would I even have the time?  Cost would be another issue as well as the periodic travel to and from Toronto.  Last but not least, it was also inferred that regardless of my coaching level, I would have lots of difficulty being placed on any given team that I applied for as the selection for coaches to go to international tournaments can be baffling at times and isn’t very transparent. As for the potential gains, I would be one of the few coaches in Canada with this level so there is that.  I also could bring some new knowledge and strategies to my high school and club teams and last but least, this would help my personal growth within the sport.  I began to think while all this would further my coaching at the profesional level, I had to take a good hard look at my personal motivations for doing it.  I realized that most of my personal motivations for coaching wasn’t just about results and that it dealt more successes that were more personal to the athlete.  Sometimes these successes had nothing to do with results on the podium. 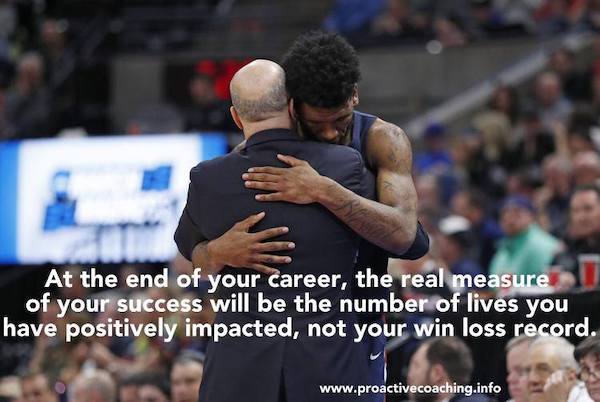 I look back on the many years that I’ve been coaching (twenty seven to be exact) and I realize that the things that have given me the greatest pleasure when it came to coaching were things that weren’t a direct result of the what had happened on the mat but things that had happened off of it.  Things like seeing a kid becoming an adult come to mind.  A kid that stayed in school because of wrestling or an athlete that elevated themselves from a difficult family situation because of sport are others.  An athlete that learned the value of physical fitness because of wrestling and changed not only their body but their life.  Someone who learned the value of perseverance and that “never-say-die” attitude, all because of wrestling is extremely gratifying.  These too are victories and therefore constitute great success to me.  Don’t get me wrong, like any coach, results are important and I’ll always strive to get the best out of each of my wrestlers.  However, like athletes are different, so must your coaching method and expected results be different for each one of them.  For some, results are less important than the journey that wrestling takes them on and the actual destination is sometimes very different from what they had expected from the outset.  The lessons they learned along the way are life changing and sometimes more meaningful than a Gold medal.  In the end taking the Advanced Diploma of Coaching might help me to become a better coach and this will ultimately make me better equipped to help my athletes.  In the end, isn’t that why we coach?