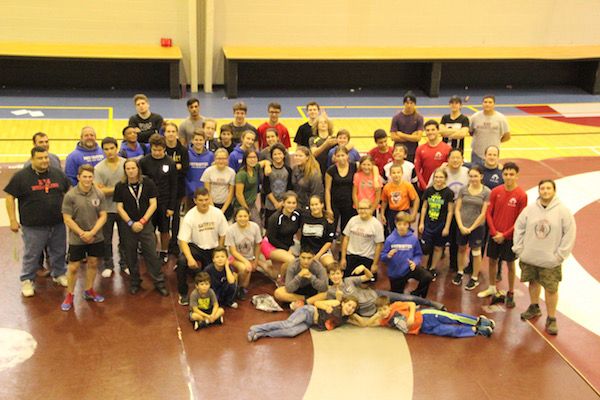 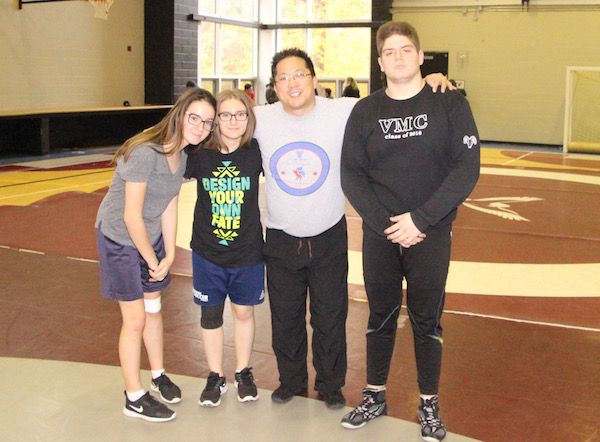 KSS held their annual development camp this past weekend and the turnout was very strong.  Athletes from various clubs across Quebec participated in the development camp which was run by clinicians Noel Tremblay and former 2001 World Champion and former National Team coach Gia Sissaouri. 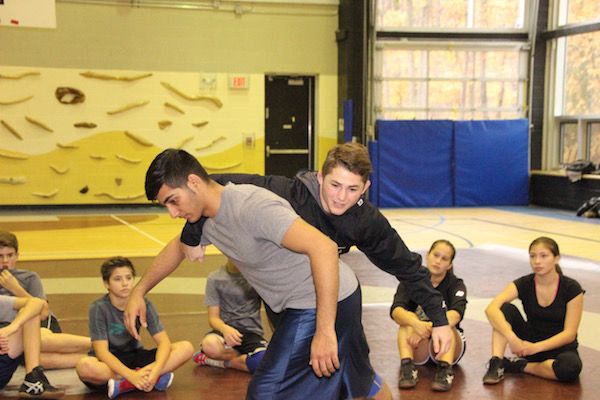 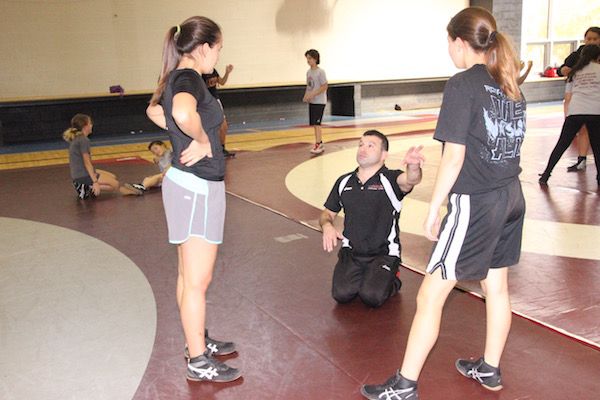 Words of wisdom from Coach Sissaouri

The camp also featured a Referee’s certification clinic as well as a Coaches certification clinic.  The camp allowed both potential officials and potential coaches to interact with a variety of wrestlers as part of their education to the sport.  As mentioned before, the turnout was quite good with wrestlers coming from many clubs across Quebec.  Clubs that participated included CLIC, KSS, Montreal YMHA, les Patriotes de St-Cesaire and Vincent Massey Collegiate. 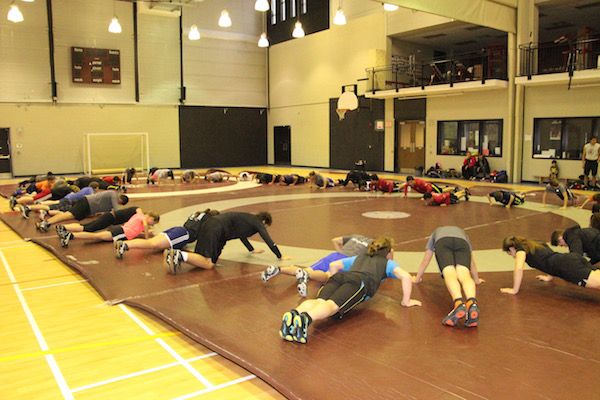 The clinic was an excellent way for young wrestlers to interact with one another as well as getting to learn and improve some of their techniques from two of the best technicians in the province.  Potential athletes for the upcoming Canada Games also participated in the camp, bringing another dimension to the camp. 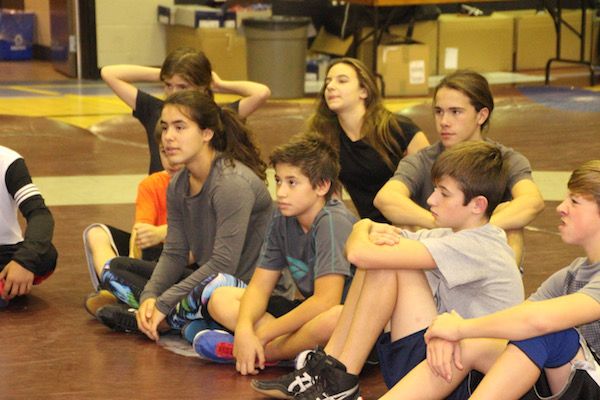 Members of the Patriotes de St-Cesaire watch on attentively

Seeing as this was my first KSS camp, I came in with a fresh perspective, eager to see how well the camp would go.  I was not dissapointed.  The camp’s atmosphere was kept light and upbeat, with a strong emphasis on development.  The clinicians showed a good variety of technique which ranged from strong fundementals to fairly advanced techniques.  In the end, I believe that all who attended benifitted greatly. 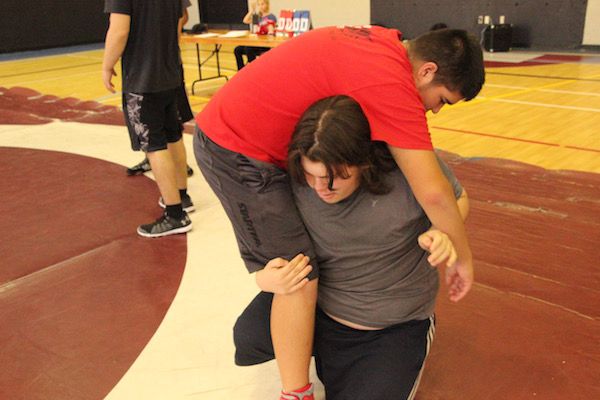 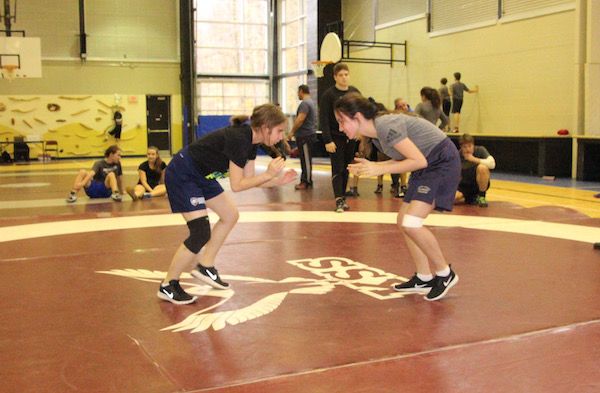 The camp also featured a mini-tournament.  This allowed both the officials and the athletes to compete in a less stressful environment.  For some of the athletes, this was their first match ever in a competitive atmosphere and in my mind a perfect way to ease new athletes into our sport which at some times, can be pretty stressful. 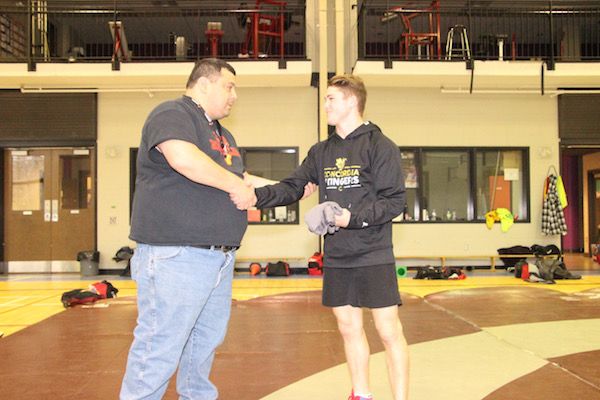 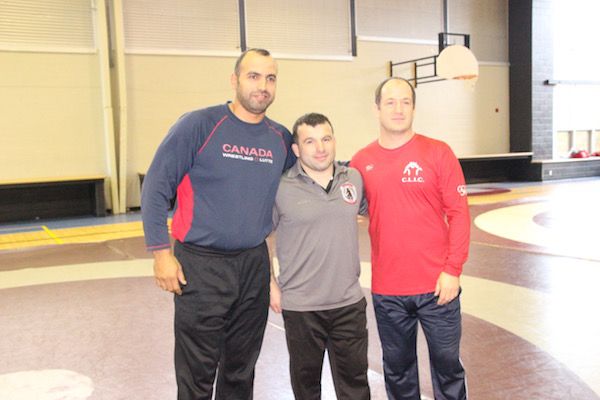 A special thanks has to go out to Peter Montour and the KSS Wrestling Club for hosting this event.  For any new coaches or coaches with lots of new athletes in the province of Quebec, this camp would provide an excellent place for your athletes to get aquainted with wrestling and is close by so that travel wouldn’t be too much of an issue.  In the end, this camp fulfills all the needs of programs who wish to develop their athletes and in the end, is good for the province of Quebec.