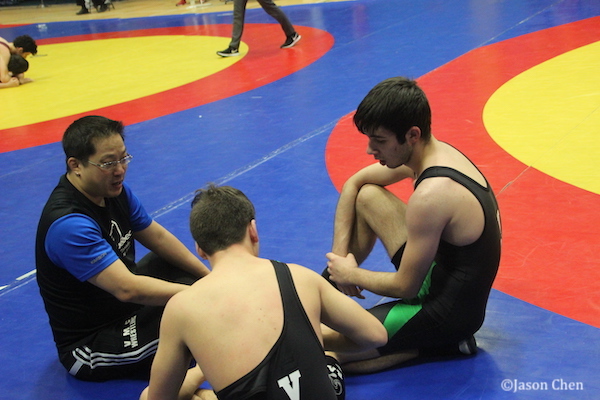 As my high school season is officially over, with both the GMAA Championships and the Provincials finishing in the month of February, and with none of my athletes heading to Nationals (a first for me in a long time), I’ve had a chance to reflect about what’s being going on in the last couple of months.

The Federation has been going through a rough patch in recent times, with false allegations and innuendo rampant all over the place.  Though I’m not a member of the executive, I do take care of the website for the FLOQ and though we’re not perfect, I’m proud of the work that the Federation has done.  Like any organization, we try to correct our mistakes in the hopes of progressing.  Hopefully these issues will get resolved sooner rather than later as prolonged dissent hurts the people we’re here to represent, the athletes.  This has also been a tough time for me on a personal level as the majority of my high school team is graduating. Athletes that I’ve wroked with for a while (some for five years) will be leaving the team to go to Cegep.  On top of all this, none of them will be heading to the Sports-Études program at Vanier College (another thing that hasn’t happened to me in a long time), thereby demonstrating a small failure on my part to get them to continue on to higher levels.  I’ll miss them when they leave but ultimately, they were and always will be, just high school athletes and I guess I shouldn’t have expected more than that from them.  I now have to think about building towards the future by replenishing with new athletes to replace the ones that have left.  This has to be done in a school that doesn’t have a strong wrestling culture, despite all the years I’ve been here and have tried to develop over the course of time.  While all this is going on, in the backdrop of my personal life things have become somewhat stagnant.  Things seem to be at a standstill and I don’t know what I can do to improve this.  All this to say that I’ve had a lot on my mind in the recent months. 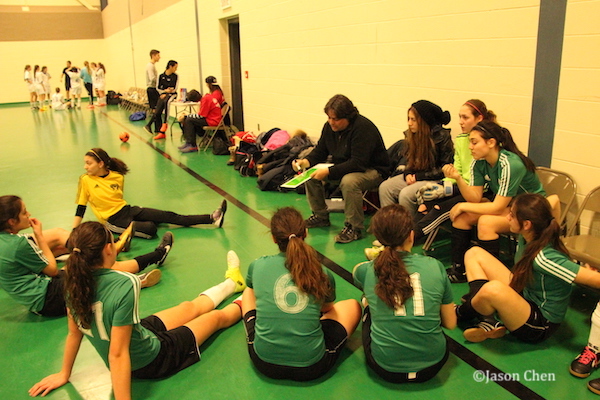 My high school will always be Futsal first before anything else

However, it is also important to note that while this may seem like it’s a dark period and that it’s easy to get discouraged, we still have to focus what’s important and to also reflect on that in earnest.  As coaches, one of the things that are the most important to us are our athletes.  This is why we became coaches so that we can guide our athletes to achieve all that they think they can and more.  Basically, we want them to be succesful in sports and in life.  As a result, we also want them to be healthy and happy as well but unfortuntely there are many obstacles that will come about throughout the years.  As athletes progress in sports, these basic little successes can become harder to attain.  Other priorities can come up, making it difficult for the athlete to remain focused on the end goal.  Another obstacle can be the intensity and the physicality of sport which will increase, making it difficult to avoid injuries. Hopefully your athletes can compete with minimal issues throughout their careers, thereby minimizing your headaches.

When it’s all said and done, not all athletes are destined for major accomplishments in the sport.  That’s why the little accomplishments are also of importance as often we get more focused with the results rather than the process.  While none of my current group of secondary fives will be continuing on after they graduate, I did have my most successful year as a coach in this particular school, in that four athletes went to the Gold medal finals at our city championships and all four won Gold.  While the results were good, the process that it took some of them to even get to that point was long and arduous, but ulitmately paid off in the end.  That above all else is probably the lesson they will take with them as they leave the sport.  It’s ironic that I would forget about this all important lesson from time to time since I’m always telling my athletes to focus on the process rather than the result.  Clearly it’s vital to step back and reflect once in a while.

Four Gold Medals and one Bronze. Not too shabby!

Finally, it’s important to realize that while we take our coaching very seriously, there are other things in life that we sometimes push aside.  Things such as family, health should not be overlooked and oftentimes, these are the things we sometimes take for granted.  We think that these things will always be there and we just don’t notice them if things aren’t going wrong.  These aspects of our lives are obviously very important.  I guess as I get older, I’ve come to realize that like our athletes, the process of getting to where we are is more important than the end-results and that our journey is ongoing in that we never stop learning.  Just because we aren’t where we expect to be yet, does not equate to failure.  In the end, with all that’s going on, it’s important to remember what’s these little lessons in life and to not take anything for granted.  Try not to get bogged down by things that are beyond your control and above all else, remember that the most important thing in your life as a coach is your athletes.  Be there for them as not all of them will progress to the high performance level.  Some may only achieve minor things but that minor thing might be everything to them.  That one city championship that they win might as well be a Gold Medal at the World Championships in their eyes, and that you played an integral part in getting them there should not be overlooked.  That in the end is what’s important.