Having coached at the Bishop Ryan and Matmen tournaments this weekend, I was pleasantly surprised to see so many athletes competing at these tournaments.  Bishop Ryan had three hundred athletes compete while Matmen had six hundred athletes registered.  When I mentioned the number to my former training partner and World Champion Gia Sissaouri, he jokingly asked whether we had six hundred total athletes across the whole country!  All joking aside, it was refreshing to see that many wrestlers in one venue that wasn’t a National Championships.  Both tournaments afforded me the chance to speak with other coaches from other clubs, both to enquire to about athletes and to talk about the state of wrestling as a whole in Canada.  It was then that I discovered that the Dual Meet system in OFSAA (Ontario Federation of Schools Athletic Association) is non-existent. 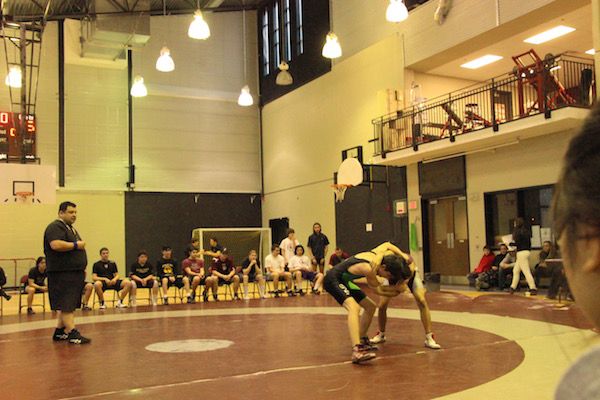 For those who don’t know what a Dual Meet is, the system has its origins in the American highschool and college system.  Schools square off against each other with the winner getting points to help them outscore the other team.  The winner of the meet will then have a chance to move up in rankings amongst other schools.  Wrestlers are seperated by weights and will wrestle against the starter from the other school at the same weight.  The winner’s score points for the win and depending on the way in which the match was won will determine how many points are scored.  For example, a win by fall, often refered to as a pin will result in 5 points being a scored for the winner and 0 for the loser.  For Technical Fall or win by Grand Superiority (victory of 10 or more points), the winner will score 4 for his team and the loser 1 or 0 (depending if the losing wrestler scored any points).  A normal win by points will score 3 for the winning wrestler and the losing wrestler will score 1 or 0 points for his team, once again determinant on if any points were scored.

Dual meets are a great way to build up inter-school rivalries which in turn gives great team atmosphere to an otherwise individual sport.  Also it should be noted that the format for the Canada Games when provinces face off against each other is a dual-meet format.  Here in Quebec, our highschool league the G.M.A.A. (Geater Montreal’s Athletic Association) uses the dual-meet format.  Each school faces off against the other once during the season.  The meet can either be at home or away and can sometimes be combined with another school to make a tri-meet.  Coaches in the league are usually pretty amicable as they will agree to travel to a particular school one year, and then they will host the same school the next year.  As coaches, we try to accomodate each other to help the growth of the sport and each other’s programs.  At the end of the year, team results are tabulated and those subsequent points count towards the overall placing when we head into the final school tournament (2 points for a win, 0 for a loss and 1 for a tie).  In the final tournament of the season, each individual placing will determine how many points are added to the team total.  Wrestlers are placed in a bracket and wrestle based on a two match elimination system.  Top six finishers in the tournament score points for their team and is added on to the points accumulated during the season.  The team with the most points are crowned the champions for that season. 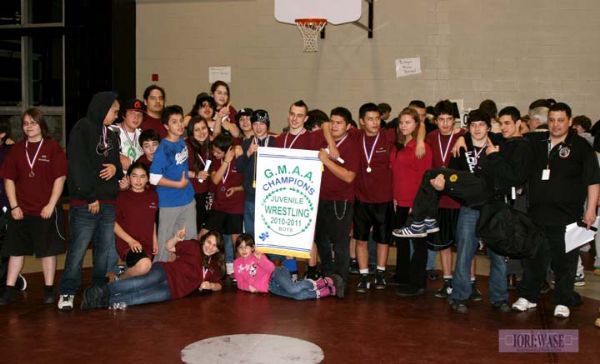 When I began wrestling, the G.M.A.A. had over twenty schools, a decrease from the numbers that were seen in the 1970s which saw thirty plus schools compete in the league.  Nowadays, the G.M.A.A. has less than ten schools but the dual-meet format is still going strong.  Some of the problems that we face come from not being able to fill all the weight classes thereby leaving scratches.  This will obviously happen and might diminish the competition level but I ultimately think that for highschool sports, this is the perfect format because it is fun and engaging.  Former wrestlers that I’ve coached reminisce fondly about the dual-meets and express their pleasure on participating in the leage.  While it was difficult to find out if other Canadian highschool leagues are doing the dual meet format, I think that it’s time for Ontario to bring back the dual-meet format to OFSAA.