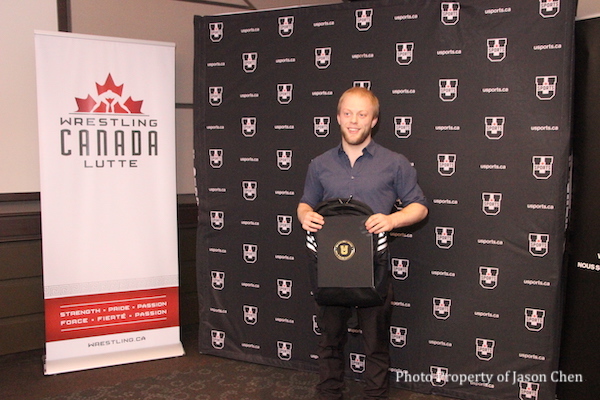 Francis Carter of Concordia University and the Montreal YMHA was nominated as the Male Athlete for the BLG (Borden Ladner Gervais) Award which recognizes the top male and female athletes in the country in university sports.  The nominees come from each of the four major sports conferences in Canada.  Francis will represent the RSEQ at the BLG Awards which will be held in Vancouver British Columbia on June 4th 2018.

Francis was nominated for the honor after a stellar season which saw him capture Academic All-Canadian honors, a National Title and First Team All-Canadian status at the U-Sports Nationals where he was also named as the Outstanding Male Wrestler for the tournament.  Francis would finish the year with a Bronze Medal at the 2018 Senior Nationals in Montreal.

Francis started wrestling at Vincent Massey Collegiate high school where he would win Cadet and Juvenile National titles as well as Outstanding Male Juvenile Wrestler during his time wrestling for the school team and the Montreal YMHA.  Good luck Francis and congratulations on being nominated for this prestigious award!

For more information on the BLG Awards and the nominees, click here.

Linda Morais – Nominated for International Female Athlete of the Year