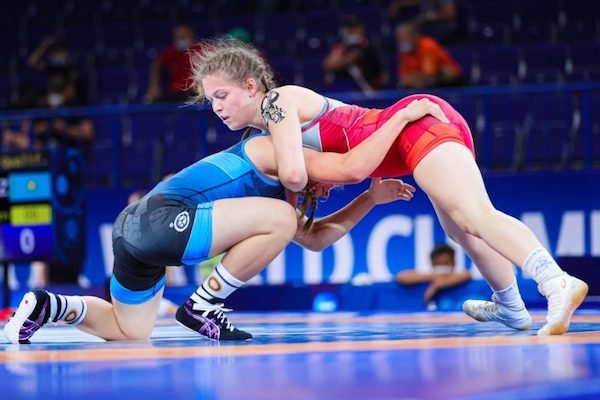 Jolie Brisco of the Montreal Wrestling Club had a summer to remember as she represented Canada in two international tournaments, the Junior Pan Ams held in Oaxtepec, Mexico from June 9-13 and the Junior World Championships held from August 16-22 in Ufa, Russia. 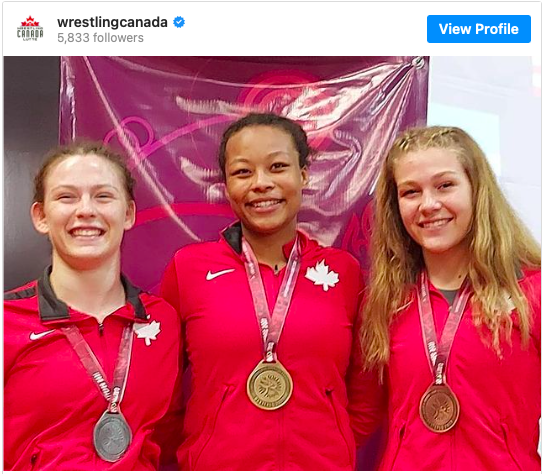 Wrestling at the 59 kg weight category, Jolie was accompanied by Coach Martine Dugrenier for both events. At the Pan Ams, Jolie would wrestle a strong tournament, facing off against Lucero Jaquelin Sanchez Silva of Mexico. Jolie would win that match by Grand Superiority by a score of 10-0

Jolie would then face London Paige Houston of the United States. Jolie would wrestle well, but come up short, losing the match by a score of 10-0.

At the Junior Worlds, Jolie would face off against Madina Aman of Kazakhstan in her first match. Despite taking the lead, Jolie would lose the match by Criteria by a score of 5-5 and would not move on. This was a strong effort for Jolie under very difficult circumstances and her future looks bright for the upcoming season.