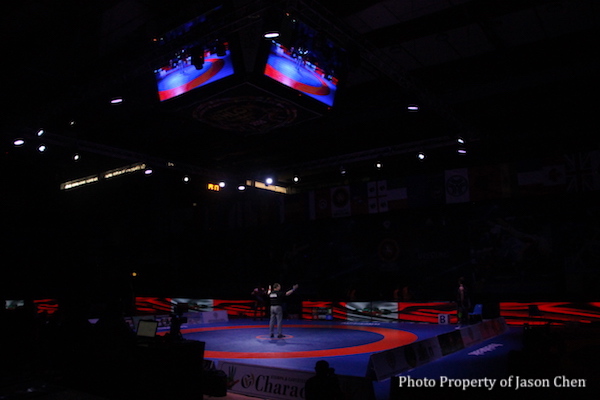 At the Ontario Cup in Guelph last week, I got to catch up with some old friends from my competing days.  Seeing as I didn’t have a lot of coaching to do, I was able to speak to some of these old friends about the state of wrestling in their respective provinces and the country in general.  The one thing we all could agree on was the fact that the numbers in the sport were down, specifically in the younger age groups.  This in turn results in lower numbers overall as fewer athletes will continue on to higher levels.  Our reasoning for lower numbers were quite varied and though we couldn’t really come to an agreement on some of the causes, we could pretty much agree that one of the possible reasons that numbers could be low probably stem from the lack of self-promotion.  We also concluded that our other reasoning for low numbers were very specific to our locations and socio-demographic situations of our various constituents.  Since I can’t speak for the other provinces, I can cite some the of the additional reasons that have either been given to me as to why people don’t want their kids to participate in wrestling to what I’ve noticed throughout the years in the province of Quebec.  Maybe some of these reasons apply to other provinces as well.

The first thing that parents want to cite as to why they don’t want their kids to wrestle is that they think it’s dangerous.  The lack of exposure of our sport will basically ensure that people will only go on hearsay or what they can see.  Some people have even gone as far to think that the sport that we do is the same as “Proffesional Wrestling” and therefore are instantly turned off.

To the outsider, the intensity of wrestling can be somewhat intimidating and the physical nature of the sport can definitely be dangerous to people who haven’t received any training.  Wrestling involves throws and holds that can be quite strenuous and may result in injuries from time to to time.  But what people don’t see is the huge amount of training that goes into an athlete before they even step onto the mat.  Most coaches will not even consider sending their athletes to a tournament if they don’t think that they’re adequately prepared.  In addition to this, the sport of wrestling trains strength and flexibility that few sports can match, thereby reducing the risk for the athlete.  Referees even at the International level are trained to stop a technique if there is a perceived danger to the athlete as quickly as possible.  All this preparation and conditioning will greatly reduce the risk to the athlete but people don’t see that. 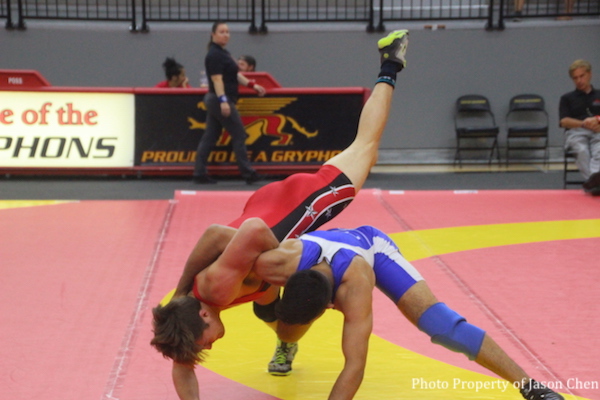 The perceived dangers of wrestling can turn some people off

The other obstacle to promoting wrestling in the province of Quebec is that for the most part, it’s only been present in the English school system.  The English population in Quebec is on the decline and this results in smaller school populations.  When I was wrestling in high school, there were no French schools in our league nor was there a league in the French system.  There were a lot of clubs in French communities but not that much participation in high schools.

As I got older and enquired about this I was surprised to see just how much of a pressence that Judo had in some French high schools.  Judo could be taught during Phys-Ed periods but cannot be present in school leagues for the same reasons that boxing or other combat martial arts cannot have high school league sports in that it seems to fall under the category of combat sports, and not sports.  This probably affects things such insurance and if schools would probably want to avoid any potential problems, then combat clearly wouldn’t be allowed.  I was told that a loophole that allows them to teach Judo during Phys-Ed is that they categorize Judo as self-defence, emphasizing technique rather than sparring or competition.

The other problem when competing with Judo is that there seems to be a certain mysticism associated with Judo.  Judo has this eastern tradition as well as the belt system which further adds to the mystique.  While wrestling has a longer tradition as Judo, it seems to be more understated.  Coupled with this fact is that France has had a huge tradition in Judo and Quebec a strong affinity with France throughout the years.  Therefore it’s not too hard to see why Judo has deep roots in this province.  I dont think that it’s too much of a surprise that there is a National Training centre for Judo here in Montreal and that many Olympic and world medalists have come out of Montreal as well. 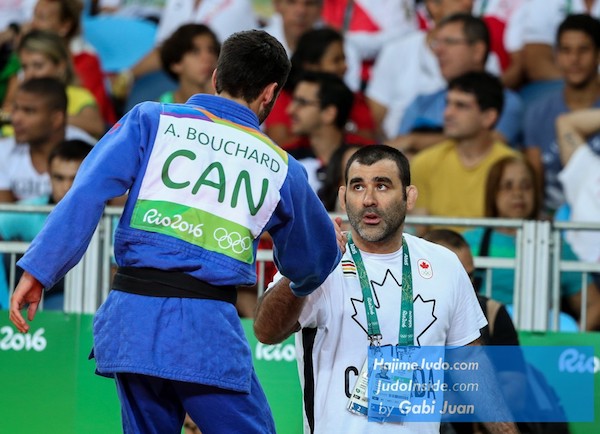 Nicolas Gill has won International Judo Medals for Canada as an athlete, has coached many athletes from Quebec to International success and hails from Montreal

(Photo property of Judo Inside)

When it comes down to it, most parents would rather their kids play team sports as this is something they were probably involved in when they were younger.  Hockey, football and soccer are king in this province as I’m sure they are in other provinces as these sports really market themselves well.  Added to the fact that there is always the possibility (no matter how small) of a proffesional contract (or at the very least a scholarship to an American College) and that can be just some reasons that make wrestling far less appealing.

The social aspect of team sports is also a huge draw as kids will usually try to sign up for teams in which their friends have joined, thereby ensuring a constant flow of inscriptions to that team sport.  I’ve found it ironic that if they don’t make the first or second sport of their choice, then some kids won’t even play a sport at all.  They aren’t even willing to give wrestling a chance.  This all or nothing attitude is a fallacy seeing as we can’t all be good soccer or hockey players but you might have a knack for wrestling. 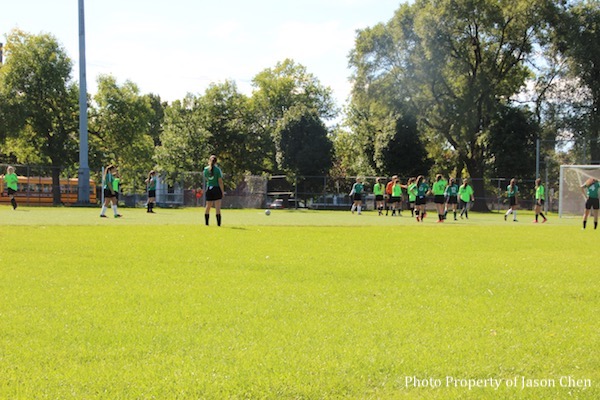 When I was helping to coach soccer, it was never a problem to get people to sign up

What can be done?

I think it’s safe to say that wrestling needs to promote itself better.  We have a spectacular sport that has everything that embodies the essence of sports with things such as athleticism, dynamism, strength, speed and flexibility being major assets for wrestling.  Most importantly wrestling has that inherent sportsmanship built in as we have to shake hands with our opponents and the referee at the beginning of the match as well as at the end of the match along with going to shake hands with the opposing coach.  All these things need to be emphasized with along with a little showmanship flair to help move it along.

I had my share of massive promotion when I hosted our high school league’s All Star Dual Meet at my school last year.  Let’s be clear that my school is not a wrestling powerhouse in our high school league so this was done with the idea of promotion and hopefully recruitment as well as the idea of generating some fanfare around the team.  I promoted the Dual Meet for weeks on end, invited teachers to bring their classes to watch and got former school wrestling alumni to come by.  I even organized a clinic taught by my teammate and training partner 2017 Canadian National Team Coach and 2001 World Champion Gia Sissaouri.  The turnout and the enthusiasm was great for the meet, coupled with the victory of one of my athletes so it all seemed like it was perfect.  But after that, no new people joined and everything went back to the way it was.  So what could I have done better to promote the event or at the very least ensure that I would at least get some kids who are on the fringe to join? 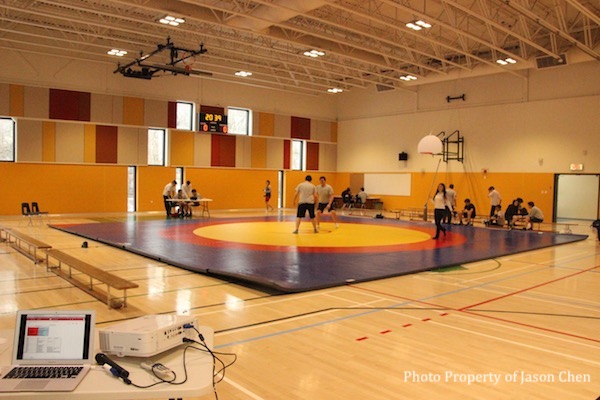 I set up a great venue 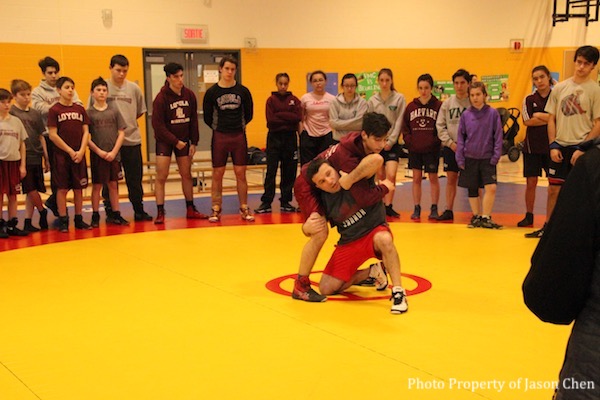 Got a clinic from a Quebec wrestling legend 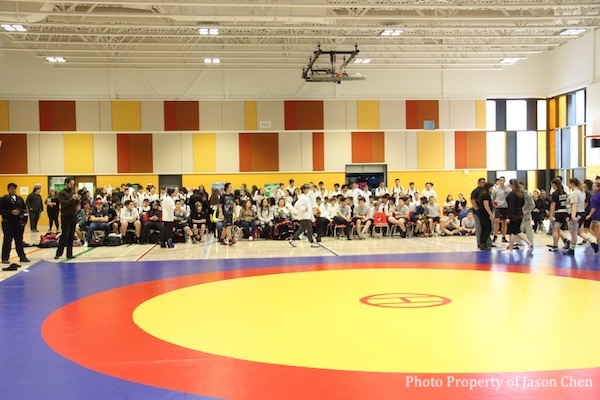 And had a great turnout

Neal Ewers, a wrestling friend and colleague runs an organization called Wrestle the North via Beat the Streets Toronto.  The Beat the Streets organization is a non-profit group with the aim of getting kids off the streets and into the wrestling rooms.  They also provide mentorship and a sense of belonging to young people who may need it the most.  With groups all over the United States, it has hosted series of events and has provided opportunities to many young people in recent years.

Neal has hosted a dual-meet with his Beat the Streets organization before.  This year, he had a Beat the Streets group from New York come up to compete with Beat the Streets girls team from Ontario.  The dual-meet took place at Nathan Phillips Square and was covered by the CBC.  An event like this can only generate good things and I would be interested to see what his numbers are for the next year and how many people joined because of the what they saw.  It would also be interesting to see if we could organize a similar event in Quebec with the goal of growing the sport.

Clearly a lot of work has to be done in order to get this sport the recognition that I feel it deserves.  While it’s clear that we probably won’t make a large dent in drawing significant numbers of people away from the aforementioned team sports, promoting all the positives of the sport  and promoting it well, will have some sort of postive effect.  The real trick is to create a lasting effect that we can build on and hopefully get the numbers up as the years go on.