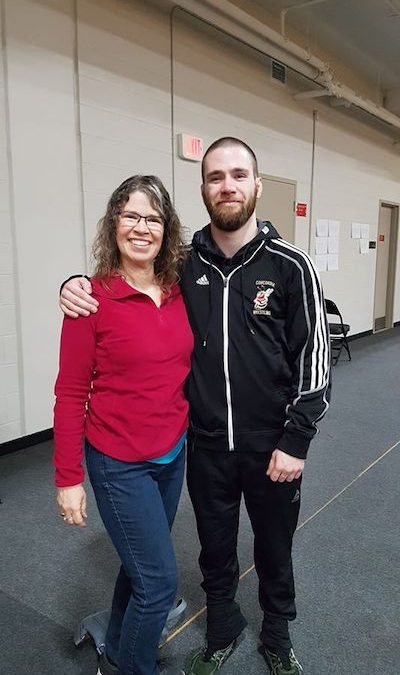 This past weekend, Quebec athletes participated in three tournaments in New Brunswick and Ontario. On Saturday January 25th in Fredericton New Brunswick, Concordia University, the Montreal Wrestling Club / NTC, the Patriotes de St-Cesaire and Vanier College competed in the Eastern Canadian Championships and the UNB Open with some very good performances from all our Quebec athletes. Both competitions have been around for a while and are staples on the maritime wrestling circuit. The results were as follows:

On Sunday, January 26th, the Western Open took place in London Ontario. This tournament is a good tune-up as the U-Sport qualifiers are fast approaching. Once again, Quebec clubs were well represented as Concordia, the Montreal Wrestling Club / NTC and Vanier College sent athletes to the tournament with the following results:

Congratulations to all our athletes for their fine performances! 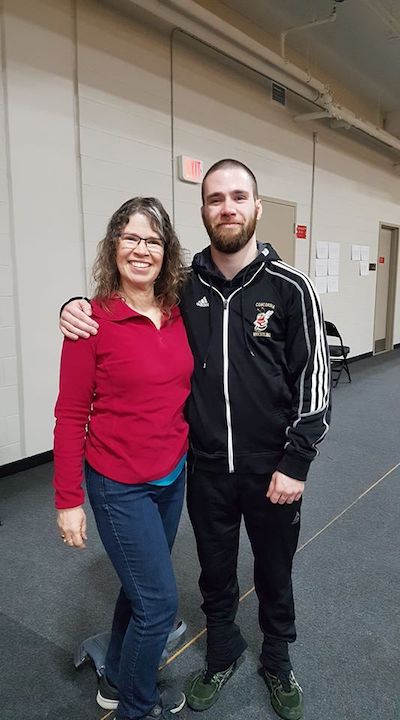 Trevor Banks gets a visit from a special fan at UNB