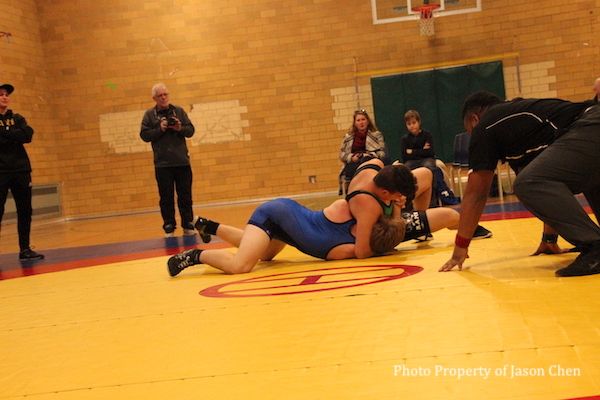 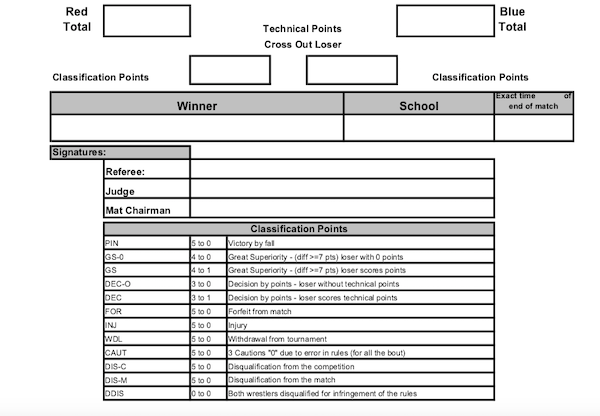 Due to the lack of depth, the number of students wrestling pretty much determines the competition, thereby making it somewhat one sided as the disproportionate numbers and not quality of wrestlers tend to be the determining factor of who wins the league title. Most schools may have good numbers but have most of their wrestlers concentrated at the same weights.  My current high school team has sixteen boys and four girls.  On the boys’ side, half of my team fills out three weight divisions while I’m virtually empty or have just one athlete in that division.  This basically means that if another school fills that weight that my team doesn’t, then they score five points to the overall team score.  While I’m not against removing that, I’m thinking that the team scoring needs to be revised.  In the current system, the winning team gets two points for the win and the losing team gets none.  This doesn’t take into account that the losing team may have won more total matches but forfeited the rest of the matches.  While I wouldn’t think that we need to penalize the larger team, I think that a modification could be put into place.  Instead of two points being given to the winner in the team standings, we could essentially move to a three-point system.  The winner of the meet would get two points while the head-to-head winner would get one point.  If the winning team won more matches then the losing team, then they would get all three points.  If the losing team won more matches, then they could still salvage some points.  This wouldn’t penalize the teams that were able to recruit larger teams while at the same allowing the smaller teams to compete amongst themselves for second and third place.  Last but not least, this would put a greater emphasis on the regular season since the points accumulated from the regular season are virtually eclipsed once the total points for the medals are taken into account. Seeing as the default scoring for the medals adding to the team points basically amount to a lot more than the regular season total, than the importance of winning the regular season is somewhat diminished.  For the record the points for the medals are the following: ten points for Gold, seven for Silver, five for bronze, three for fourth, two for fifth and one for sixth.  If the weight division doesn’t have enough for a Top Six, then the points are adjusted accordingly.  Seeing as there are only ten teams in the league this year, then even if the winner of the league went 9-0, then the most points they could get would be eighteen, which is basically equivalent to two Gold medals.  Seeing as there are sixteen weight divisions in our league, this is just some food for thought. 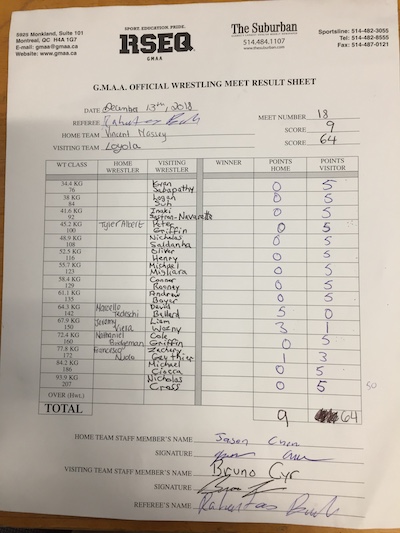