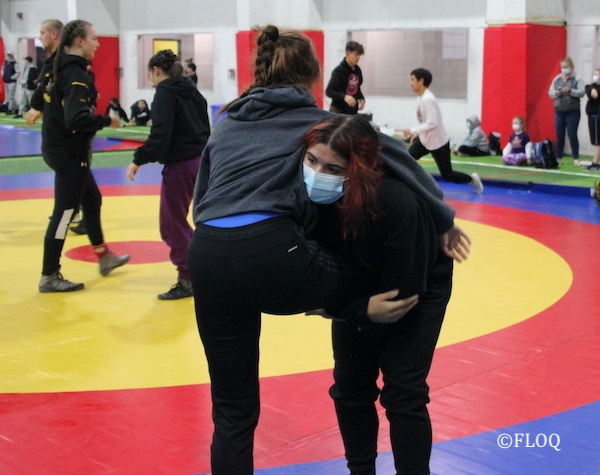 After the whirlwind that was the Canada Games and the beginning of the school year, I recently had the chance to sit down and think about all the things that went into getting our athletes there. I reflected on what was an acceptable level to push athletes and how the ages and the level of the athlete would ultimately determine how much pushing would be needed and required. At the same time, school hit me like a tidal wave, bringing in a whole new set of thoughts, and changing some preconceived notions about putting athletes. Like many things in life, they’re even more considerations and angles to take into account as new perspectives were brought to my attention from a different source. 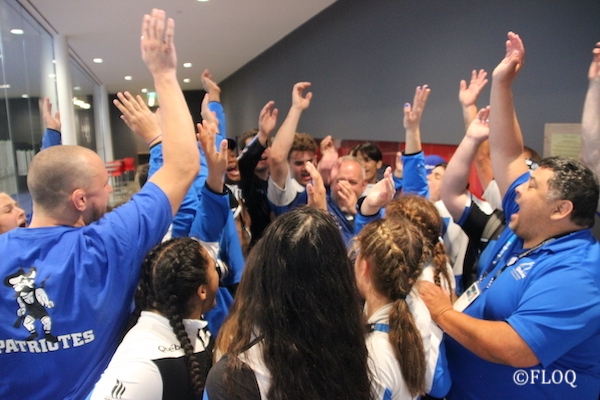 This summer’s Canada Games would have to be considered a success!

Shifting gears to something a little outside of what I normally talk about in this blog, in the fall, I coach soccer for my school. I do this more to help the school community out as I make no illusions to my prowess at coaching team sports as the mentality is quite different. Being so specialized at one thing (i.e. individual sports) sometimes makes it difficult to be able to change perspectives (i.e. team sports). The saving grace is that soccer at the GMAA/RSEQ is more along the lines of developmental, so my expertise doesn’t need to be that strong as the level required for when I’m coaching wrestling.

With that being said, I would never assume that because of my experience at the international level with wrestling, that I would be able to apply those skills and guide my team to a Canada Games in soccer. That would be both naive and arrogant at the same time. Getting back to pushing athletes, given my limited skill set in soccer, as well as the fact that it would not be the venue to do so, I began to realize that a very differentiated approach would be needed in order to maximize my athlete’s output. So, with my soccer season now officially done, I’ve had a bit of time to sit down and reflect on the season that was as well as my upcoming wrestling season.

I should also mention that the other impetus for this article and source of information was the former coach of the Beaconsfield wrestling team and Concordia Stingers rugby team, Clive Gibson. Clive has brought athletes to the Canada Games in both wrestling and rugby which is both an impressive and unique achievement to say the least. Clive had reached out to me after reading one my more recent blogs and had some great insight to give.

Clive, for those who don’t know him outside the Quebec community, has had many years of coaching both sports at the elite level. Some people who may not be in the know about sports at an elite level, would say that sports are sports and that good coaches can apply their given skillset to any sport to maximize their athlete’s potential. This however isn’t always the case. People who may not be aware are often the people with the least experience are often the most vocal. This is also not helpful since there can be many critics with very little experience telling us what to do.

The fact is that individual versus team sports are very different and therefore how you approach pushing your athletes in either sport may differ completely. It’s not because you are in expert in one field, that you can apply the same expertise to another field with the same success. After all, you wouldn’t want a marine biologist performing open heart surgery. The same argument can be made for other sports that share similar skillsets but are completely different as how to they’re taught and coached. For example, I would never presume to be able to coach judo or Brazilian jujitsu (even though I have a purple belt in BJJ) because of my extensive background in wrestling. They’re different sports altogether. This is how I see team sports versus individual sports. 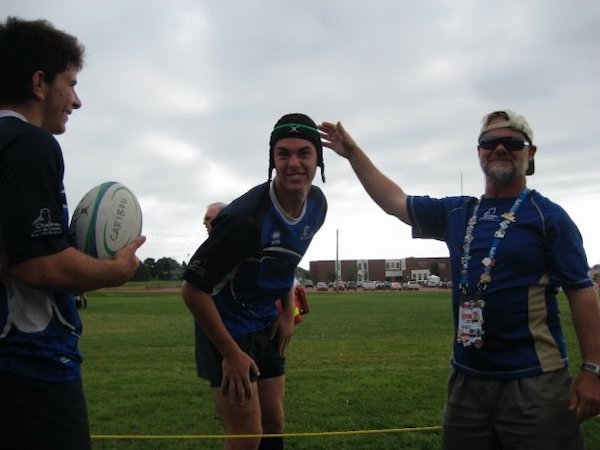 Clive Gibson at the Canada Games in PEI

So, when speaking to Clive about this topic, he had these insights:

“Having coached both (sports) and taken kids to the national championship in both (sports), I can tell you there is a huge difference in finding that balance in team sports. You still have to individualize the approach – but part of the issue is trying to convince high-achieving athletes to accept and work with athletes on the team that might not share the same vision –  but they are there and part of the equation.”

“The more elite you become, the more the athletes share common goals in a team setting. At the club level, regional level and even to some extent the provincial level (i.e.the Canada Games teams I coached in rugby) – there is a huge disparity in the goals of the individual athletes and the behind the scenes work that goes into balancing these individual needs and desires whilst trying to establish team goals is a job all by itself.”

So what did I garner from this? Clive’s words made me think differently and approach the way I was coaching my soccer team this year. While brief, this short statement can not only illustrate the problems of balancing a team at the youth level, but also the challenges in integrating athletes at various levels. While at the elite level, this may seem easy enough given the common vision, getting them there is the ultimate challenge. Even so, I’ve seen various levels of motivation vary at the higher levels as athletes begin to challenge their coaches more and more. It almost seems like it’s less about improving and more about who is right in that given situation.

While a healthy level of discourse is important between coach and athlete, in some of the situations I’ve seen over the years, it’s almost adversarial. It’s almost like the athlete wants to prove their coaches wrong, rather than trying to benefit from the wealth of experience that is being given to them. But this is a topic for another blog.

In the end, a differentiated approach would be required as a cookie cutter philosophy will not work the higher you go in sports. It takes a person with wisdom and humility to realize this and there’s no shame in sometimes letting go to our pre-conceived notions. On a side note, my soccer team this fall finished just outside the playoffs which obviously shows that my strengths lie in coaching wrestling, and not soccer.