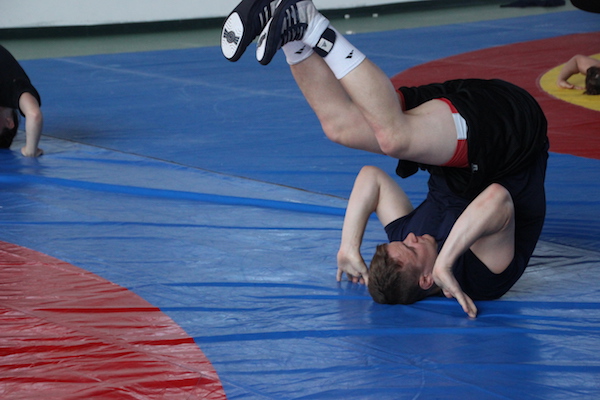 Wrestling as we all know is one of the most physically demanding sports out there.  It requires the strength of a weightlifter, the agility and finesse of a soccer player, the endurance of a marathon runner and the flexibility of a gymnast.  Newcomers often ask me what is the best comparison to another sport that I can give for wrestling.  If they haven’t done Judo, then there isn’t much else that I can tell them that will emulate the experience.  I do tell them that if they want to imagine what wrestling is like, I tell them that imagine sprinting up a hill underwater, while simultaneously doing bench-press and someone is hanging on to your hips for six minutes.  That’s about the closest you can get to experience wrestling without actually wrestling! 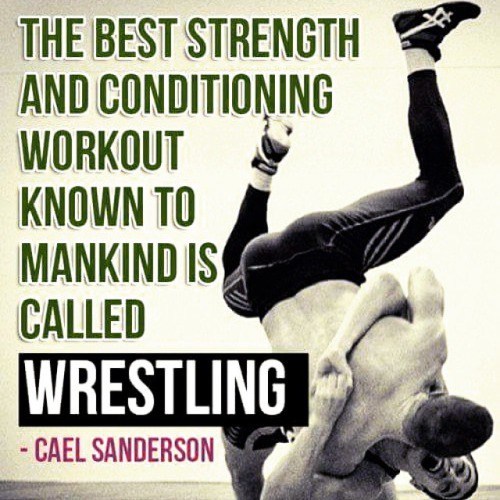 With that being said in order to get into shape to wrestle, you have to incorporate other exercises into your training to help you achieve the minimal amount of fitness.  It’s very hard to be on the mat for consecutive days as it wears down on your body.  So the question that can be asked is what are the best ways to physically cross-train your body for wrestling? 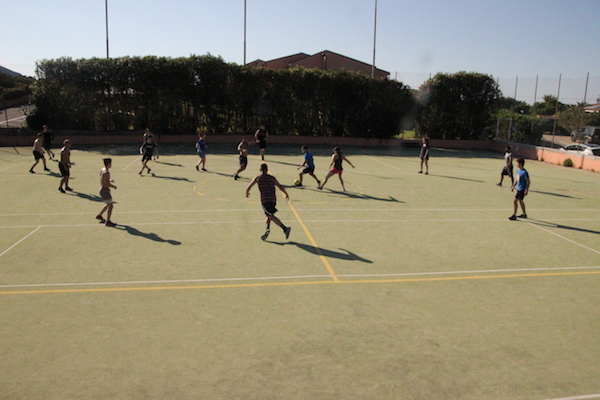 I think that in this instance, the best way to separate this is between two different schools of thought.  From my experience, a more traditional “American” point of view involves a lot weights, time on the mat and mixed cardio done with high intensities.  Practices tend to be longer with emphasis placed on group training (ie. one situation for the entire team every practice), lots of repetition of technique and wrestling games (games with facets of wrestling put in to develop wrestling skills).  This has changed quite a bit in the past years as training methods have evolved and are very similar to some of the methods I’ve seen in European training.  Some European training that I’ve seen involves less weight-training, shorter but more frequent practices with the emphasis placed on technique that is less regimented.  Cross training can include a variety of things such as soccer, swimming, gymnastics, calisthenics and going to the sauna.

One thing that I’ve almost always noticed is that in every club that I’ve been to outside of North America that has had a coach of Eastern European origin, there have always been two things that were almost always there: a chin-up bar and a rope.  From my experience wrestling, one of the best exercises for wrestling had to be climbing the rope as this developed strength in the arms, upper body and core while increasing grip strength tremendously.  Climbing the rope also brought out the competitive drive in all of us as we would watch our teammates climb the rope, cheering them on as they reached top. 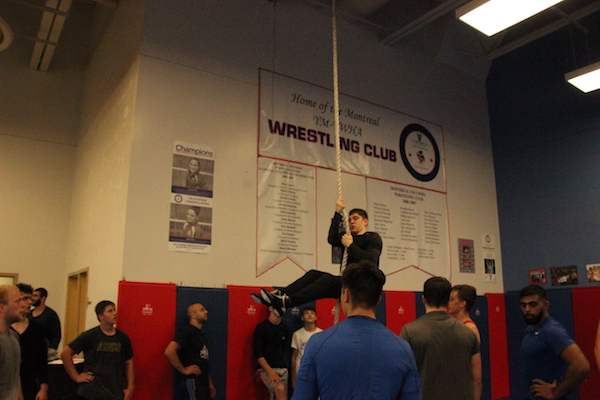 I would also have to put in swimming, gymnastics and basketball (modified for higher intensity) was also one of my favourite forms of off-mat training as they were so different to what we usually did.  We could see progression in what we were doing and in turn, how it helped us to be better wrestlers.  The swimming worked our cardio while at the same time acted as therapy for all our sore joints and muscles.  The gymnastics helped to develop our agility and explosive power while helping us with our balance and focus.  Finally, the basketball was just fun as our natural competitive nature came out and we were allowed to a certain degree to be rough with the people we were playing against.  It also meant that basketball skills didn’t apply all that much as the only similarity it shared with basketball was the ball and the net!

Cross training for wrestling is very different from club to club as many coaches will swear by their chosen method of getting their athletes fit for competition.  Each conditioning method reflects both the personality of the coach and the philosophy of the club.  The other thing that you have to take into consideration is the level of your athletes as well as the equipment at your disposal.  That above all else will dictate what type of cross-training you implement for your team and your athletes individually.  Cross training remains an integral part of developing your wrestling team and most clubs already implement their chosen methods in order to develop and condition their athletes.

What forms of cross training do you use for your team?  How do you keep your athletes motivated and interested to do their strength and conditioning?