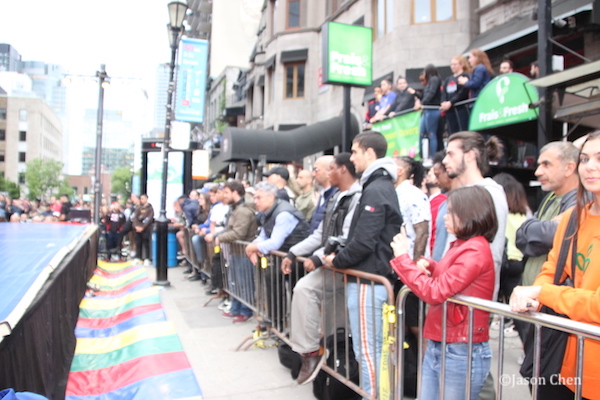 Even though it’s been a couple of days since the event on Crescent Street, my mind is still buzzing at what I witnessed.  There are so many thoughts going through my head and I seriously doubt that despite writing two blogs to summarize my thoughts, I feel that I’m still going to leave stuff out.  Nevertheless, I’ll try to convey as many of my experiences from that night as I can with the hopes that my words can truly describe what it was like to be there. 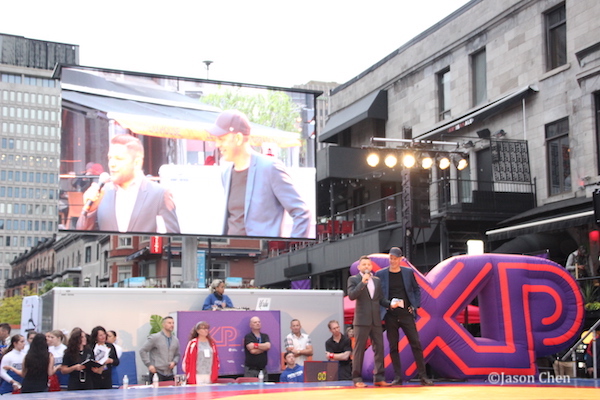 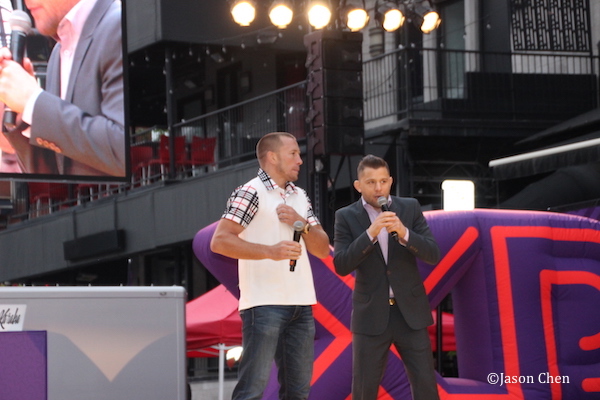 First and foremost, I would have to congratulate Jean-Francois, Dominique and Sylvain and everyone else involved on an excellent event.  In all my years of wrestling, I have never seen such a show in the heart of downtown in my home city.  What a showcase of our sport in Quebec, which took a tremendous amount of effort and passion to pull off.  It’s always refreshing to see such a strong collaboration yield such amazing results.  The animation from James Mancini, George St-Pierre as well as some commentary from Jean-Francois Daviau helped to both hype up and educate the crowd. 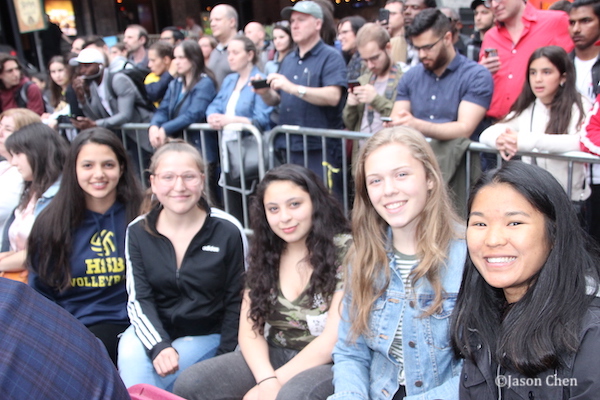 Wrestlers from the Mohawk Wrestling Club, Beurling Academy and Concordia take in the matches

The crowd looks on intently

The matches were definitely the highlight of the night as medallists from some of the highest levels of national competition in the Junior and Senior divisions were able to showcase their skills.  Though tentative at first, the crowd soon started to warm up to the event and the enthusiasm at the end was genuine.  As the night went on, the crowds got bigger which was great considering the majority of the crowd had mostly likely never seen a wrestling match in their lives.  Here’s hoping that they came out with a new appreciation for our sport. 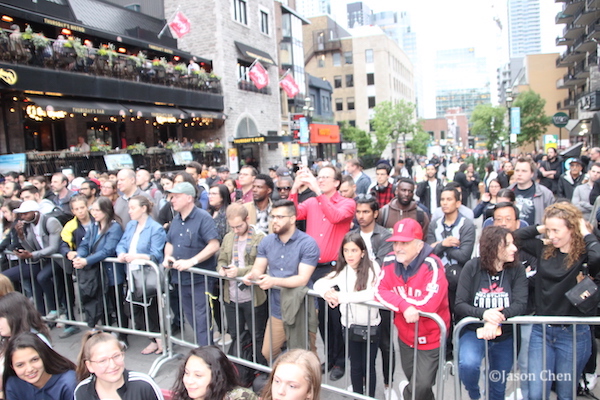 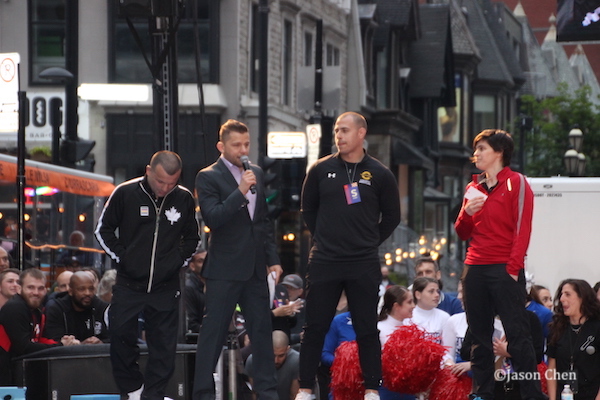 Our Montreal Olympians give their thoughts on the event

The event drew many fans of the sport.  I saw old friends from when I taught wrestling at a martial arts gym, to wrestling alumni from many years past in the crowd.  People turned up in full force in order to see this historical event and I have to wonder if people were aware of just how unique this was.  Sadly, in the sport of wrestling there has to be a winner and a loser and though some of our athletes lost on this night, they are in a way winners as well as they helped in a huge way to promote our sport.  In the end, the opportunity to compete on such a prestigious stage is a once in a lifetime opportunity and may help to offset the sting of a loss as they look back on their careers many years from now. 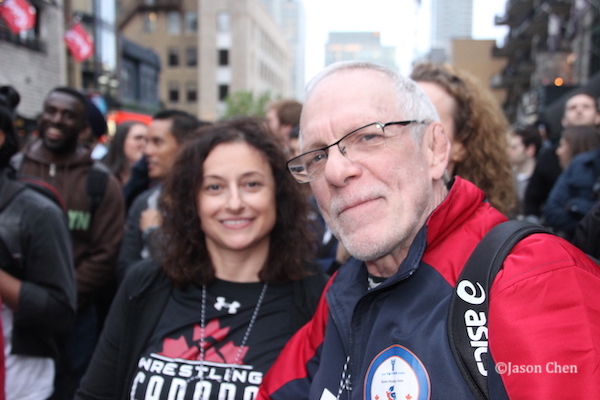 Coaches Jamaji and Moore are clearly enjoying themselves 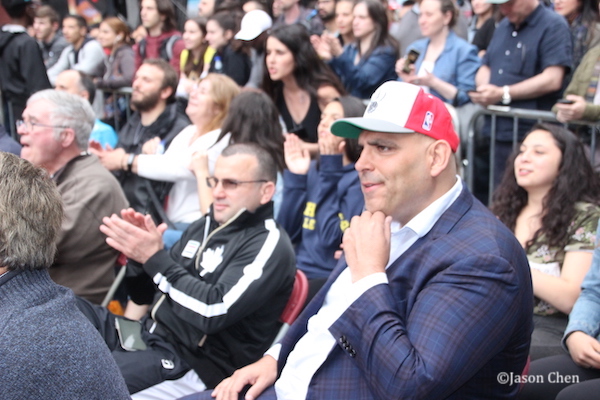 So what can I take away from the events of last Thursday? First, I think that where there is passion and collaboration, great things can be accomplished.  Though the impetus to hold this event came from one person, it took the collaborative efforts of many people to make it happen.  Second, the public enjoys a good wrestling match as much as the athletes and hopefully we can use this to generate some promotion for our sport.  Third, if this is the first of many events, there is so much we can improve on to truly make it something special and unique.  While Thursday was great, I can see some ways in which it can be even better.  Last but not least, I can’t help wonder what the future holds for events such as these.  With an upcoming beach-wrestling event coming up, the bar has been set high and this friendly competition to put on a better event can only benefit us as we move forward. 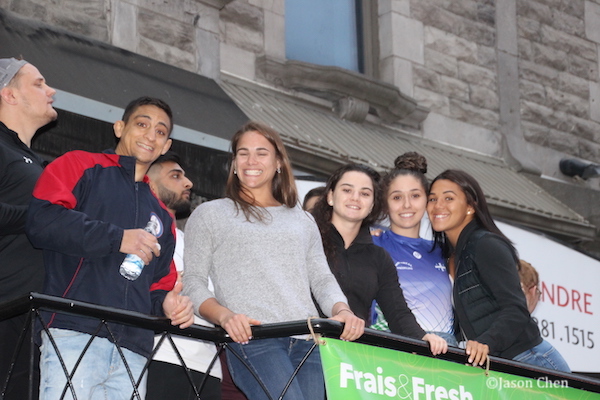 Members of the Montreal YMHA and Concordia are also enjoying themselves

Let’s get this thing started!