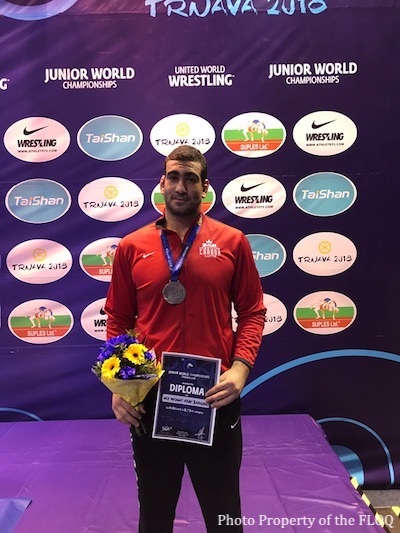 Aly Barghout with his Silver Medal at the Junior Worlds

These two strong results for our Quebec wrestlers were particularly satisfying, as these two young men have worked so hard for many years to achieve these results.  To see their hard work pay off is not only gratifying, but hopefully the start of something even better.  I’ve seen these two young men develop as athletes and as people in these past years, and I couldn’t be happier for them. 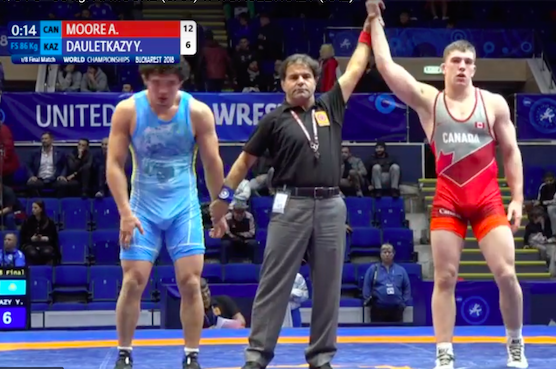 When people are successful, hopefully we sometimes see a cascade effect, as many more athletes want to emulate the success of those exceptional individuals.  Could these string of strong results at the World Championships be the start of something new?  Maybe even something good for Canadian wrestling?  I don’t know if this is the case but remember when my former training partner Gia Sissaouri took a Silver medal at the 1996 Olympics in Atlanta.  I remember while I was upset that he had come up short, I was nevertheless motivated to try and equal or better his results.

As a young man, seeing both someone I trained with and admired was like a shot of lightning.  It made me believe that anything was possible.  While I was already training hard, I pushed myself to do better.  I trained through hard injuries and placed enormous pressure on myself mentally to succeed.  It’s sometimes easier to train that hard when you have one of the best examples staring at you while you try to take him down. It’s motivating to see what are the steps a world class wrestler takes to be as good as he is.  When Gia won the 2001 World Championships, it was a culmination of many years of hard work.  One of the things that became clear to me was when Gia won the World Championships, it was his work ethic that he used to get there.  Simply put, he wasn’t just a World Champion in 2001 on the day of the tournament, he was a World Champion every day, both in preparation for the Worlds and after he won it.  This was my example and I benefitted from it immensely. 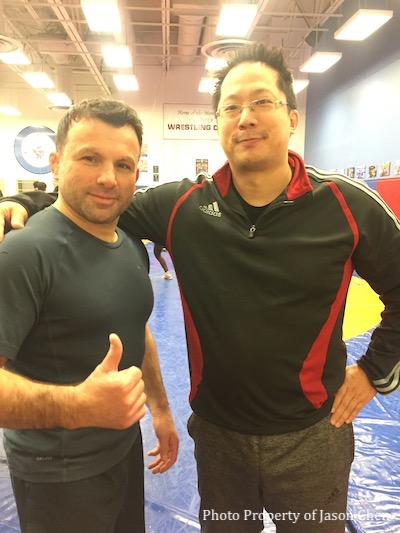 Gia and I in our coaching careers: just two old men on the mat!

So I can only imagine what’s going through the minds of all those who helped them prepare for the Worlds.  One feeling that they’re experiencing for sure must be immense pride that they helped these athletes to prepare and that the preparations were successful.  The other is must be that if they can compete day to day with these high level athletes, then what’s to stop them from achieving the same or even better results?  It will be interesting to see what effect this success has on Canadian wrestlers for the coming season and in the years to come.

For our province in particular, it’s always nice to have these results.  It is a sort of vindication that we’re doing something good and the results speak for themselves.  Hopefully this will encourage more kids to wrestle and the kids that are already wrestling, to train harder. I for one, hope to see the effects long term that these results bring to our province and our country.