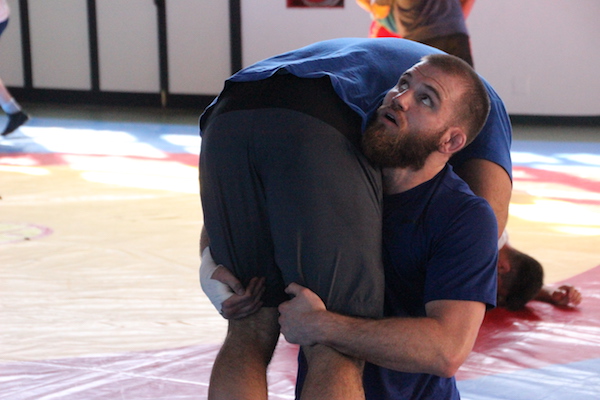 Now that schools have started up their practices while some club teams were training over the Christmas Break, it’s time to get the seasons started for the high schools, universities and club teams.  The eventual lethargy and weight accumulated throughout the break is always hard to shake off and for the rest of the population, we see those people heading towards the gym, with those New Year’s resolutions of losing that weight and getting in shape.  In wrestling, we sometimes see some of the same things as those athletes on the periphary with those same resolutions, start coming to practice with renewed motivations.  This is seen more at the high school level rather at the higher levels but as always, there are exceptions.

As it stands, for coaches who were active with their teams over the break, it still is a challenge to get started off on the right foot.  Knowing that the bulk of my high school team does not participate in club wrestling, I knew that most of them would be idle during the Christmas Break.  As a result, to counteract this I gave them a series of excercises that they could do without having to go to a weight room or needing a mat to train.  The excercises were organized on a paper with a checklist of what they had done on a daily basis. Hopefully this would mitigate the difficulty of transitioning back into full practices from such a long layoff.  After checking the sheets, the results were what I expected, with the majority of my athletes not doing the bulk of the exercises that I had assigned over the break.

So the question is if you have athletes like this, how do you start your year off?  Do you start off your year with the normal regime knowing that it’s going be difficult for the majority of your athletes to keep up?  Clearly not, but at the same time, the wrestling season for schools is so short that it’s sometimes best to hit the ground running, hoping that the rest of the team will be able to catch up with the keener ones.  Obviously assessing just how badly your team may be suffering is key but part of being a coach is knowing how hard and when to push your athletes.

Train hard, no excuses and get the year started off right!

As a coach coaching multiple levels, it’s sometimes difficult to see how far behind my high school team is in relation to my club team even though the comparisons can’t and really shouldn’t be made.  That’s the challenge however that all coaches face when they coach different athletes at different levels in tempering their expectations.  This is the challenge for a lot of coaches in Canada as many of us coach multiple levels as dedicated coaching is hard to come by in order to fill the various positions levels.

In conclcusion, I would like to welcome back everyone to a new year of blogs and observations from wrestling in the province of Quebec.  I will try to submit at least two blogs a month, one towards the beginning and the other towards the end unless something comes up that really needs commenting on.  Hopefully for the people that have been reading the blog on a fairly regular basis, will continue to read and support it and offer any feedback when we have the chance to talk face-to-face at tournaments.  Have a great start to the new year everyone!