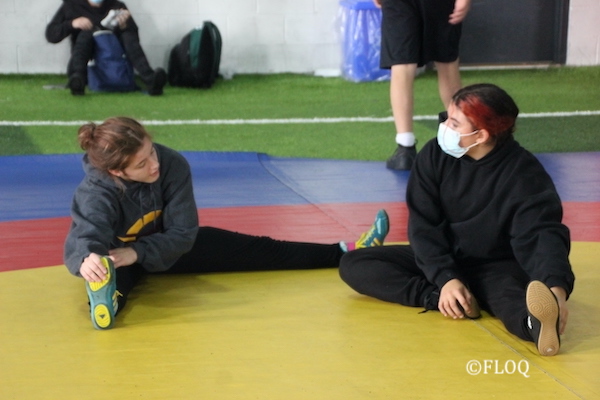 Years ago, before the 2017 Canada Games, I published an article on pushing athletes. While not a long article, in it I mused on few factors of what pushing athletes was all about to me and what were acceptable levels. After all, different age groups and different levels warrant various levels of intensity and this is constantly evolving as time goes on. Fast forward five years and things have changed quite a bit. Allow me to elaborate a bit more on this as we once again ponder the age old question of how much is an acceptable level of pressure to put on our athletes.

In my previous article, I mentioned certain coach archetypes that we see quite often in sport. None of this has changed but I feel that as time has gone on, the “hard as nails coach” is not only becoming less prevalent, but is often discouraged. The question that ultimately need to ask ourselves is “is this a good thing?”

During the period of time in which I wrote that first blog, a lot has changed in my personal life. For one, it’s five years after and time can usually provide a certain level of wisdom that can only come from growing in the sport. Next thing that warrants mentioning is that I’ve since changed schools and had to start a new program. It was also during this time that I completed my Advanced Coaching Diploma and there was also a global pandemic. So, all these things definitely have had an influence on my outlook concerning this particular topic.

Athletes of various ages will be pushed differently

First thing that I need to mention is that when pushing athletes, one must be flexible and adaptable. You need to know your athletes and what it is they want to accomplish. I came to really examine this when going through the initial components of my ACD. We were asked to give our coaching philosophy and how much it guided our coaching. For some, it was difficult to put into words while for others it was always clearly defined. For myself, it was the latter in that I wanted each athlete to be able to achieve success in the sport. However, success has many definitions as success to some may be failures to others. This perspective comes from working at different age groups throughout my coaching career.

To be clear, winning has to factor into what defines success. However, it isn’t the end all, be all of some athlete’s careers. For many athletes, participation is good enough and whatever comes after that is a bonus. Some of the athletes that I get at the high school level may not be the most athletic and their goals differ greatly from an athlete who may be more gifted. Just being there is seen as a success and will resonate with them for the rest of their lives. These athletes would probably require less pushing as anything they achieve in the sport, no matter how minor, is a success. 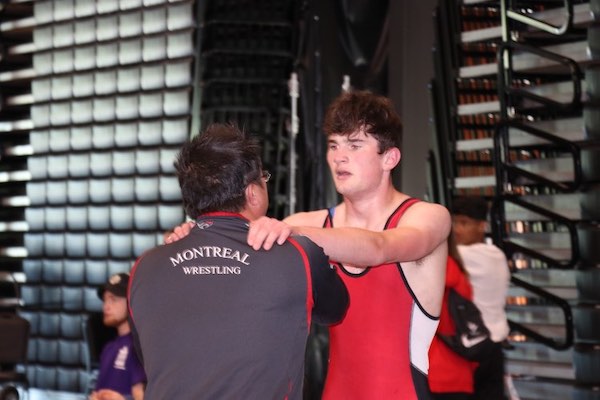 In order to achieve success, you have to work hard

It’s often said that in order for us to grow and achieve our full potential, we must put ourselves into uncomfortable situations. This teaches us to deal with diversity and to learn and grow from these challenges. Essentially, life is pushing us to be a better version of ourselves. I came to realize this more and more as I was speaking to two people who weren’t athletes, but had chosen to put themselves into uncomfortable situations and to seek out new challenges. These two people were affected by the pandemic in that they were people who’s job was impacted by the shutdown of service industry. They were out of work for a while and had a lot of time to contemplate their futures. In the end, they chose to leave jobs in which they were not only loved and appreciated, but they were good at in order to seek out new challenges. I called them both brave for taking on this new chapter of their lives and that regardless of the outcome, they would be better off for it. After all, how many of us would leave our comfort zone in order to pursue a new challenge? Not many of us I would think.

So what makes this different from sports? One would argue that sports are a leisure and that athletes should dictate the pace in in which they proceed. This may be true for a large number of young athletes as percentage-wise, most of them will never advance beyond high-school or house-league level. While working primarily with younger athletes, I see this quite a bit. That’s why in my opinion, it’s more important to find those special talents in this age group, and push them to be better. While not all of them will go on to higher levels, I think that we do them a disservice for not trying at the earlier stages to help them advance to the next level. The athlete in the end will probably end up dictating how much they can be pushed, as they might rise to the occasion or fall by the wayside, indicating how effective being pushed was for them.

The last thing I wanted to mention about pushing athletes came from watching “The Last Dance” documentary on Netflix. The documentary, for those of you who haven’t seen it, details the dominance of the Chicago Bulls basketball team in the 1990s. Having witnessed that live, I can probably say that we will never see a team that dominant again. As a youngster watching this, I was in the beginnings of learning how to coach. What went on behind the scenes for those athletes to get to that level?  Years later, I had my answer. 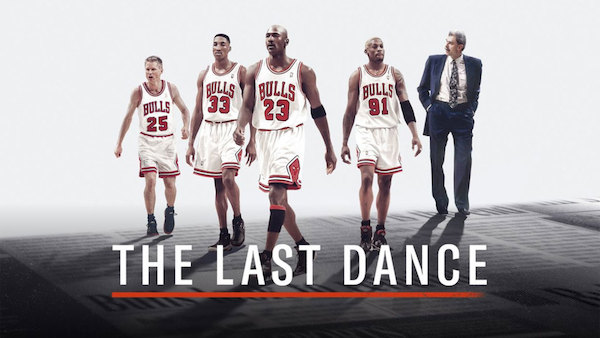 While controversial, this gives a great insight into Jordan’s mind (Photo property of si.com)

To be fair, the documentary has its fair share of detractors as people often cite the one-mindedness of Micheal Jordan as being the single biggest turnoff of the show. While the narrative tries to paint Jordan in a more positive light, emphasizing his desire to win at all cost, some people that Iv’e spoken to see Jordan as a bully and a psychopath that put winning above all else.

Watching the documentary, I think I see the other side of the story. Jordan’s desire to win, while questionable to some, should not be looked down upon, as the results were clearly there, with many people in the documentary citing the fact that while the pushing may not have been pleasant at times, they were able to achieve their best. Something that may not have been possible if they had been left to their own devices. To be fair, the people that I spoke to about the Last Dance were never athletes of any kind, and as result didn’t understand the single mindedness of what it takes to win. So while I wouldn’t say their opinions lacked validity, it was hard to take them seriously as well. In the end, we all hav our opinions and are entitled to think the way we do without being persecuted for it.

So in the end, what does this mean for pushing athletes? I think that it probably says that while athletes need to be pushed, their skill level and ultimate goals will determine how hard you can be push them. Even with this in mind, one must be flexible in their approach. Pushing too hard may turn off your athlete and not pushing them hard enough may do them a disservice. A tough approach must be tempered with realistic expectations in order to get the best out of the athlete. In the end, as coaches, we must always expect the best from our athletes, whatever their best may be.